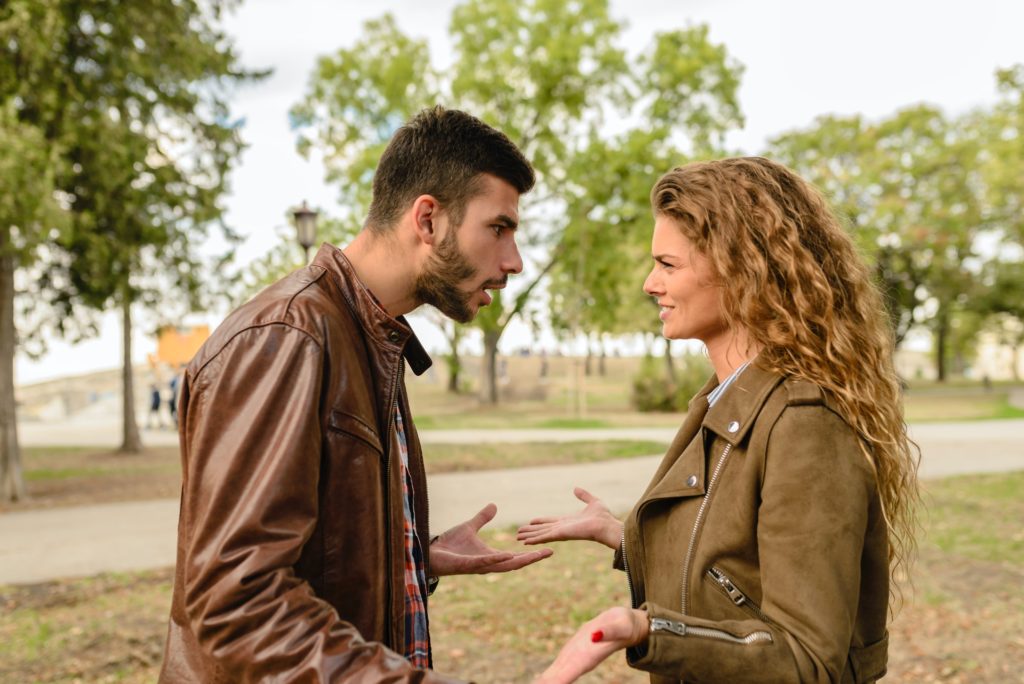 Realistic, evocative dialogue is an important part of any successful story. We need our characters’ interactions to be authentic, consistent, and engaging to draw readers into what’s happening. So when we’re learning to write, we spend a lot of time on mechanics—learning all the grammar and punctuation rules. But proper form is just the first step.

When writing strong dialogue, we often forget that real-life conversations are rarely straightforward. On the surface, it may seem we’re engaging in simple back-and-forth, but if you look deeper, to some degree our conversations are carefully constructed. We hide our emotions, withhold information, dance around what we really mean, avoid certain topics, downplay shortcomings, or emphasize strengths—all of which lead to exchanges that aren’t totally honest.

Completely candid dialogue scenes fall flat because that’s not the way people converse. Subtext plays a huge role in conversation. It’s often tied to how characters are feeling, which can trigger readers’ emotions and increase their engagement. So we need to include this crucial element in our dialogue scenes.

Simply, subtext is the underlying meaning. Hidden elements the character isn’t comfortable sharing—their true opinions, what they really want, what they’re afraid of, and emotions that make them feel vulnerable—constitute the subtext. They’re important because the character wants them hidden. This results in contradictory words and actions.

Consider this exchange between a teenage daughter and her dad.

Dionne plastered on a smile and buried herself in Instagram. “Great.”

Her mouth went dry, but she didn’t dare swallow. Despite the hour, Dad’s eyes were bright, like spotlights carving through her mocha-infused fog.

“The usual. Sarah, Allegra, Jordan.” She shrugged. Nothing to see here. Move along.

“What about Trey? I ran into his mom at the office yesterday and she said he was going.”

“Um, yeah. I think he was there.” She scrolled faster, images blurring.

“He sounds like a good kid. Maybe we could have him and his mom over for dinner.”

Her stomach lurched. “Oh, I don’t know.” Her fingers trembled, so she abandoned the phone and sat on her hands to keep them still. “We don’t really hang with the same crowd.”

“Well, think about it. Couldn’t hurt to branch out and get to know some new people.”

Dionne blew out a shaky breath. How could her dad be so smart at work and so stupid about people?

Something happened at the party involving a boy Dionne’s now avoiding, and she clearly doesn’t want her father to know about it. While Dad is kept in the dark, the reader becomes privy to Dionne’s true emotions: nervousness, fear, and possibly guilt.

This is the beauty of subtext in dialogue. It allows the character to carry on whatever subterfuge she deems necessary while revealing her true emotions and motivations to the reader. It’s also a great way to add tension and conflict. Without subtext, this scene is boring, just two people chatting. With it, we see Dionne desperately trying to keep her secrets while it becomes increasingly difficult—even unhealthy—to do so.

So how do we write subtext into our characters’ conversations without confusing the reader? It just requires combining five common vehicles for showing emotion. Let’s look at how these were used in the example.

We all go a little Pinocchio when we start talking, and Dionne is no exception. Her words scream status quo: nothing happened at the party and she doesn’t feel anything in particular. But the reader can clearly see this isn’t the case.

Nonverbal communication often reveals to readers the truth beneath a character’s words. Notice Dionne’s body language: the plastered-on smile, frantic social media scrolling, and trembling hands. Readers hear what she’s saying, but her body language clues them in that something else is going on.

BONUS TIP: For more ideas on how to show what your character’s feeling through their physical behaviors and habits, check out The Emotion Thesaurus: A Writer’s Guide to Character Emotion.

These are the internal physical responses to high emotion. They’re not visible, but the point-of-view character will likely reference them, since they’re so strong. Here, Dionne’s dry mouth and lurching stomach contradict her claims that everything went swimmingly at the party.

Because they’re private, thoughts are honest. Dionne’s mental musings (nothing to see here; move along) show that she desperately wants her father to drop this line of questioning. And her final bit of internal dialogue reinforces that she knows something he doesn’t. Because there’s no reason for characters to disguise their thoughts, this can be the best vehicle for showing readers the truth behind the words.

We choose our words carefully when we’re hiding something; we may even do certain things with our bodies to fool others. But when emotions are in flux, the voice often changes, and at first, there’s nothing we can do to stop it. Shifts in volume, pitch, timbre, and speed of speech happen before the character can force the voice back into submission. So variations in vocal cues can show readers that not all is as it seems.

Nonverbal vehicles are like annoying little brothers and sisters, tattling on the dialogue and revealing true emotion. Put them all together and they fill out the character’s narrative and paint a complete picture for readers. And you’ll end up with nuanced and emotionally layered dialogue that can intrigue readers and pull them deeper into your story.

Becca Puglisi is an international speaker, writing coach, and bestselling author of The Emotion Thesaurus and other resources for writers. Her books have sold over 750,000 copies and are available in multiple languages, are sourced by US universities, and are used by novelists, screenwriters, editors, and psychologists around the world. She is passionate about learning and sharing her knowledge with others through her Writers Helping Writers blog and via One Stop For Writers—a powerhouse online resource for authors that’s home to the Character Builder and Storyteller’s Roadmap tools.

Gama Ray Martinez has written over a dozen books about characters going out and having adventures because he has gone out and had adventures. He writes for children because they still dream about doing that. He loves to write so much that he greatly resents when work or other real-life things get in the way of writing. He reads and writes fantasy and his favorite authors are Brandon Sanderson, Kevin J. Anderson and David Farland. His latest novel, God of Neverland, was just released on April 12th.