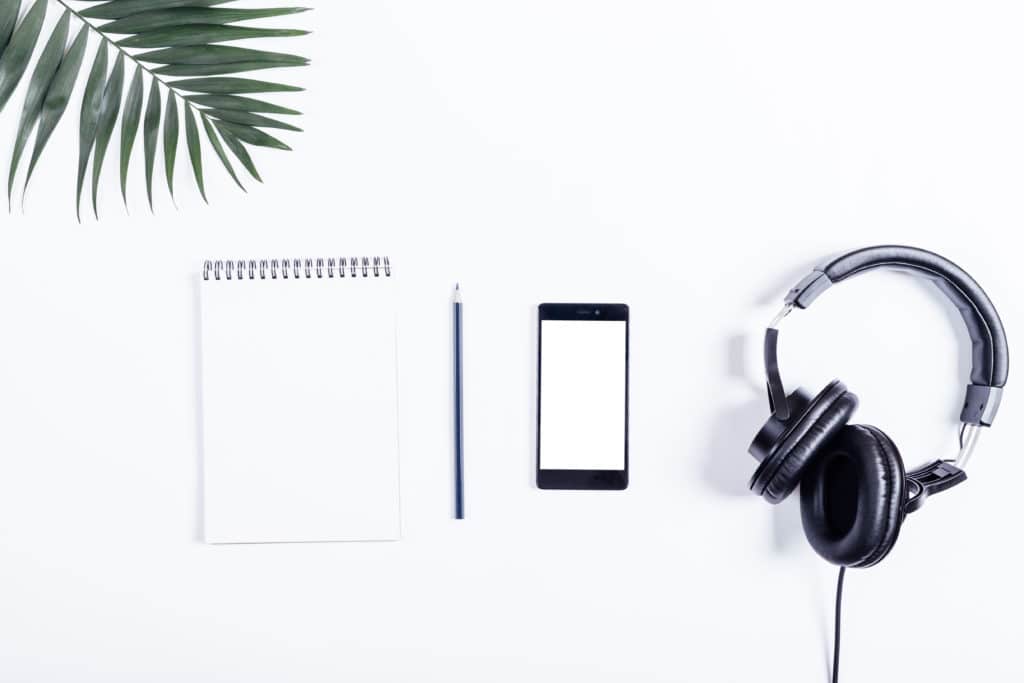 In Hollywood, it’s said that for a major motion picture, you should never set two scenes in the same spot. Visually, it’s boring—so much so that viewers become visually fatigued. So you almost never see a movie like “My Dinner with Andre,” where nearly the entire film takes place in a single setting. If two scenes are filmed in the same room, they are often done so at different times of the day or night, or they are redecorated, or are filled with new characters..

With stories, we have a similar problem. I call it audio fatigue. It’s easy to fall into routines where we overuse words, or repeat words, or create characters who all sound the same.

It’s especially hard for authors to deal with this because the whole novel really does all come from one person’s imagination.

But there are certain words people frequently overuse. I often find writers who don’t seem to have an alternative for look. Their characters never glance, peer, gaze, or stare. Even worse, the author almost always uses look instead of appearance so that the author says things like, “He looked through the scope of the rifle and saw Sarah. She looked good in her long blue coat. She was looking into her purse for her keys.”

The reason that words get overused is obvious. Your brain starts searching for a word to describe a noun or action and it comes up with the first variant in its files. You might have 900,000 neural connections to look at, and only 50,000 connections to peer. So your character ends up “looking” instead of ogling.

These words seem invisible to the author, and there are hundreds of them: was, were, walked, moved, turned, thought, said, that, just, really, asked, and so on.

One author friend made a list of dozens of words he overused, then, when he finished a story, he’d search for each one and see if he could write it out. I don’t think it was a coincidence that he began getting nominated for Hugo and Nebula awards within a matter of weeks.

Some words seem invisible to the author but don’t have a place in most manuscripts. For example, modifiers like just and then can almost always be cut to good effect. In the sentence “The lightning flashed, then the thunder rumbled,” we can take out then.

In fact, one word that gets overused is the. In the sentence above, we can take out all uses of the. “Lightning flashed, thunder rumbled.”

I often see writers who seem to have a limited vocabulary. They use adjectives that every four-year-old knows. So ,they will describe something like, “a little man sat in the old rocker.” It almost sounds as if the author is trying to avoid surprising the reader with his word choice.

Because of this, we need to search for ways to invigorate our descriptions through careful word choice.

Many authors use short sentence structures repeatedly. They might say, “The day was gray and rainy. There was water running in the gutters.” The author is stuck in a Subject+Verb+Object pattern, often with a weak verb. Wouldn’t it be better to combine some images and strengthen the verbs? “Gray rain spattered the pavement, glistening, water burbling through gutters.”

One trap that authors often fall into is using the gerund form of verbs: To Be+Gerund. “John was wading through the swamp. Crocodiles were sunning themselves on the bank and looking at him hungrily.” You see the problem: the author gets lots of weak, unnecessary verbs followed by a verb that ends with –ing.

Worst though is the problem of character voices. Most novels have a consistent narrator, the author, who tells a whole story. Rarely does that narrator try to change tone in a novel, and that lends a sense of consistency to a work, but it can lead to a kind of audio fatigue for the reader to have the same narrator droning on for four hundred pages.

Fortunately, when different characters talk, we get a break from that monotone—unless the writer is so careless that the speakers all sound the same.

As early as Chaucer, I’ve seen comments from authors on the virtue of trying to make character voices sound differently. Tolkien believed that one key to putting a reader into a dream state was to relate your tale in a framework where multiple narrators are speaking in different voices.

I think he was on to something. Indeed, some scholars have criticized him for writing in very different tones and styles in various parts of Lord of the Rings, but it’s obvious that he very consciously altered his narrative tone based upon the area that his characters were visiting. (He was trying to resonate with different cultures.) I could go deeper into that, but it would take too long. (See my comments on Resonance in the book Writing Wonder.)

I sometimes think that we might write better if we learn to listen. Many authors like to read their work aloud as part of the editing process. For years, I’ve recommended that you read and write each character’s dialog (and any scenes told from their viewpoints) separately, so that you can catch the tone of their voices and not stray.

I might add, that I think that the same should be done with the narration and description, if it comes from the author’s point of view.

The whole point of these editing techniques is to fix a problem that hasn’t even had a name yet, at least that I’m aware of. I’ll call it audio fatigue. We want to keep our audio captivating, so we can hold our readers rapt.