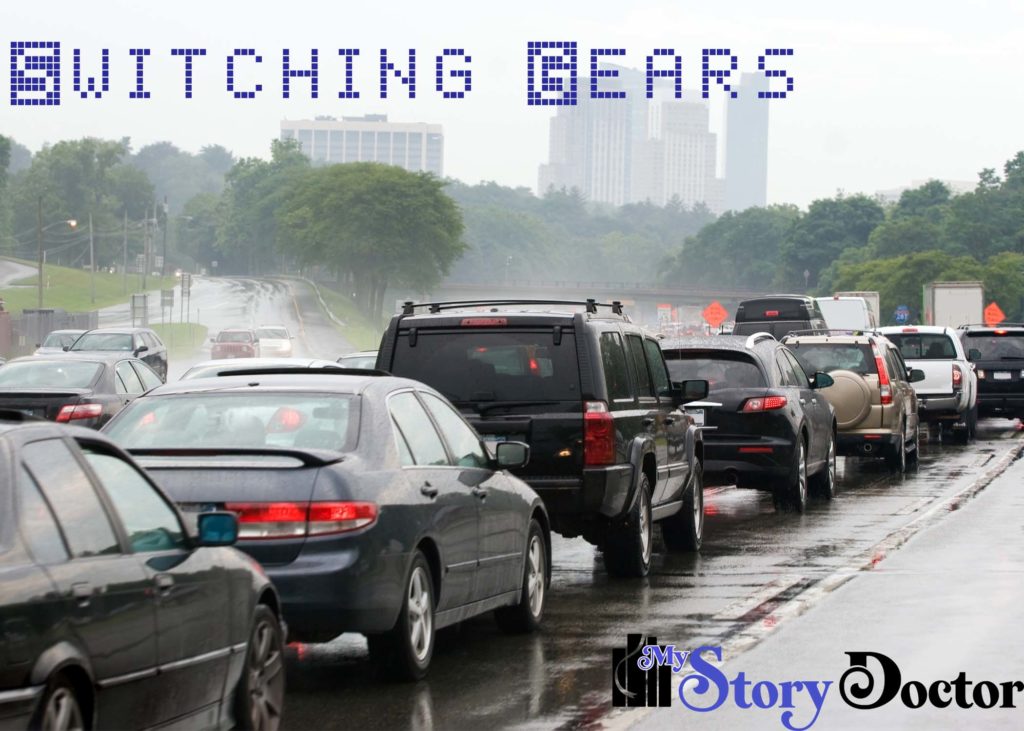 Feel like you’re stuck in first? Need some help getting your writing into overdrive? Let’s pick up the speed today in…

Sometimes as writers, when we give writing advice, we often give advice by telling “How I write” instead of “How to write.” This idea came to me strongly after I spoke on a podcast with the good folks at Writing Excuses.

At one point, Howard Tayler, a cartoonist who writes mainly for the online Schlock Mercenaries mentioned that he found it helpful to do what I’ve heard called “Blast Writing,” where one will sit and just write for fifteen minutes straight without stopping, just to get a thousand words or so on paper.

It’s a technique that I rarely use, but probably ought to try more often. I don’t use it often though because when I do it, I feel like a race-car driver hurtling along on the Salt Flats in Utah, trying to set a land-speed record, barely under control.

But when you’re writing a first draft of a novel, by using this technique you can get good ideas on paper quickly, and you’ll be brainstorming as you do it.

Writing in a Single Draft

My friend Dean Wesley Smith likes to do what we call “Single-Draft Writing,” which is very similar. One of our mutual mentors, Algis Budrys advocated this technique. When authors were typing, they had to learn to focus hard on their work, to laser in, and to type quickly just to pay the bills. Since paper could cost a significant amount of money, by writing only a single draft they saved both on time and paper, so learning to become a single-draft writer was a valuable skill.

I never use that technique. I’ve always found that I want to niggle with my words too much. Once again, I feel like a race-car driver, perhaps in the Indy 500, barreling along at a dangerous pace. Yet this technique works for some people.

On our podcast, my old friend Dan Wells said that he preferred a different method. He likes to tell himself that his work really isn’t important, that the piece that he is writing will probably never be published. In short, he makes his writing sessions “stress free.”

For him, writing is more like a Sunday drive.

Now, once again, this is a technique that I seldom use. Yet it’s a valuable technique. Many writers get stressed out when they write, and stress will dampen your creativity. By using this technique, you free up your creative mind, so that you can allow yourself to make a few mistakes while often finding exciting ways to express yourself.

So I certainly recommend his technique. In fact, I do use this at times when creating what I call “set pieces” for a novel. For example, I can write a little description of a character or a setting, and then just drop it into the novel at the right time. It’s a nice way to brainstorm your project and get something accomplished at the same time.

For me, though, I try to seek a balance most of the time, where I push myself to write high-quality and to do it at what I consider to be a relaxed but reasonable pace. I might think of myself more as a “precision driver,” the kind of person who works driving limousines, hoping to get my customers to their destination quickly and smoothly.That’s the way that I typically work, but sometimes I feel that it’s restrictive. It’s like trying to drive to work in a car that will only go into first gear.

So if you’re having trouble pacing yourself, try switching gears. Perhaps you could start your day by writing a fifteen-minute “blast” where you get ideas on paper. Then time yourself and do some “stress-free” writing using the technique that Dan Wells does, then finish off for another hour to two working to use my precision-driver method.

That’s what I’m going to try this morning.

This Tuesday on Apex Writers:

John is an associate editor at Forbes based in Hong Kong, writing and editing stories about Asia’s billionaires and their businesses. He also works on 30 Under 30 Asia and other Asia-related lists. 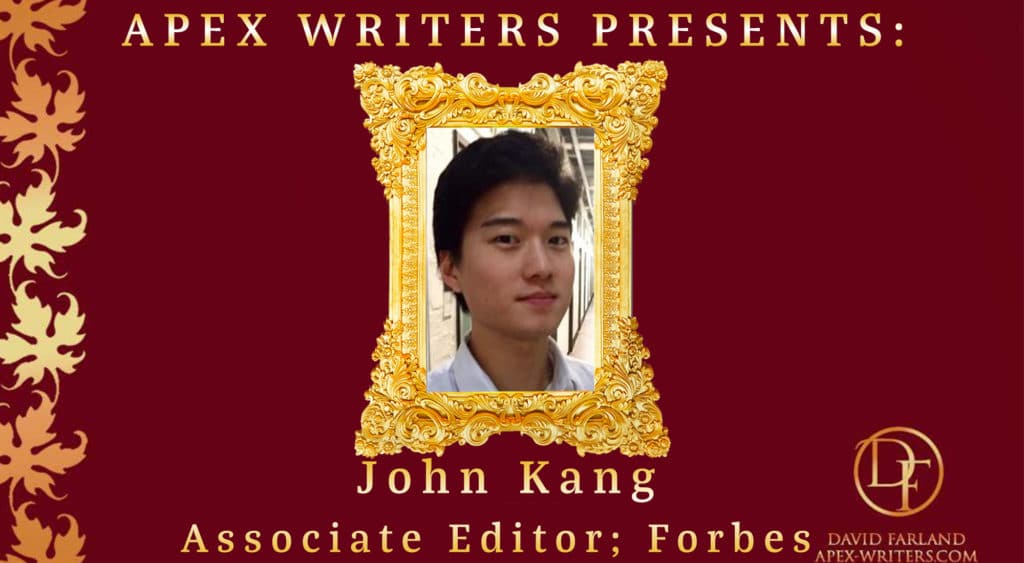