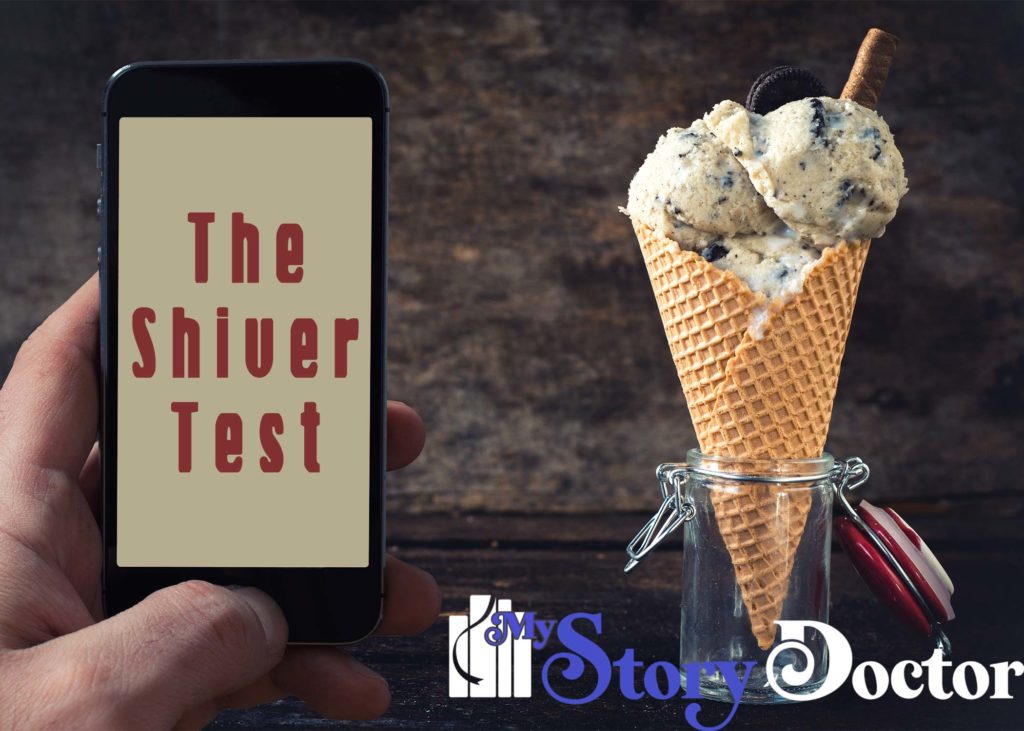 When you’re brainstorming a new story, how do you know that it will be good?

Recently a young writer presented me with an outline for a novel that was nicely formed, had an interesting protagonist, and appeared to be well designed. She said, “It’s almost all there, but I don’t quite feel that it’s bestseller material yet.”

She was right. It was excellent in several ways, but it felt as if it lacked something. I had to think a minute to decide what that “special something” was. I realized that the story didn’t pass the shiver test.

It’s a phrase that I came up with years ago. I remember sitting in on a meeting with some producers. I was working as a greenlighting analyst at the time, and we were looking at a script that was nicely written. One of the producers came up with a little plot twist and said, “What if we did this. . . .”

At the time, I recalled hearing an agent and an editor talking about a novel, and both had mentioned that the very concept “gave me the chills.”

A great idea for a story will give you shivers. Your basic concept for a story, even a little short story, should generate the combined sense of wonder and excitement that causes your reader to get chills. In order to arouse that sense of wonder, the idea has to be fresh, perhaps even unique. You can’t arouse wonder with an idea we’ve all seen done before. And the idea has to be weighty enough so that it causes excitement, so that it gets each listener thinking about the possibilities.

Sometimes it’s not the story idea as a whole that gives us the chills, but a smaller component of the package.

For example I might get the chills when I hear a cool concept for a setting, or a stunning idea for a character, or an exciting idea for a conflict. Other times it might be an exhilarating plot twist, or a great way to raise the tension. A great metaphor can give me chills. So can a beautifully written hook or a lovely description.

The question is, does your story give an editor “the shivers”? If you’re writing a tale, and you don’t generate enough excitement to give your reader the chills several times throughout the course of a novel or screenplay, I can guarantee that it will get lukewarm reviews.

Many years ago I was faced with the need to come up with a plot for a Star Wars novel in a hurry. I generated about two dozen ideas over the course of 30 hours, and then I got some Star Wars fans together and brought out my ideas one by one. Some of the ideas were met with shrugs and blank stares. But others immediately caused the fans to get excited, to suggest ideas, to start conversations. I found that when I suggested an idea, all that I needed to do was see if it passed “the shiver test.”

1) Did one of the audience members shiver?
2) Did someone get a twinkle in their eyes?
3) Did someone gasp?
4) Did they grab hold of the idea and immediately suggest ways to expand upon it or twist it?

If the fans did any of these things, then the idea was approved for the outline. But if I presented an idea and no one got excited, then I dropped the concept—period. I’ll admit that some of the ideas had excited me, but only me.

The day after my meeting,

I took the ideas that had been accepted by the group and I wove them into a short outline of perhaps twenty pages, then sent it on to my editor.

She said that it looked like a book “to die for,” and sent it on to Lucasfilm licensing. Within a few days the novel outline was approved, and I got a nice little note from George Lucas saying, “This looks really great, really exciting. Thank you for your hard work so far. Now go for it!”

In short, the novel outline was written and approved in much less time than I would normally have spent just brainstorming—all because I simply applied the shiver test.

“What if I wrote a novel, where every scene had an element that gave the reader the shivers? Perhaps that should be a goal that I set.”

So, two days ago, when the young woman felt that her story lacked something, I suggested an idea to push it further, give it a unique twist that I’d never seen before, and then I watched as she and everyone in the room instantly shivered. 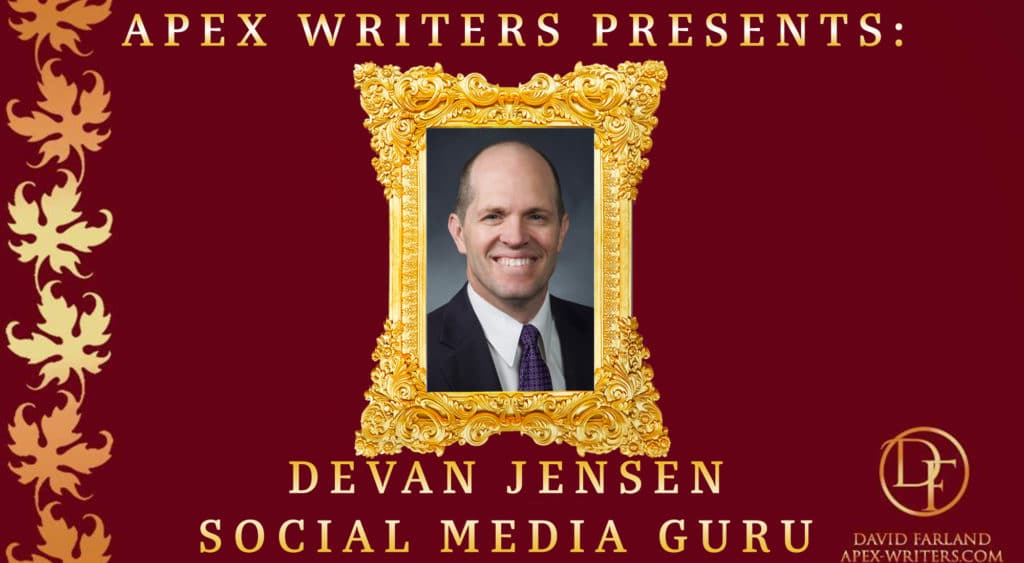 Are you ready to make your readers shiver? This Tuesday on Apex we have special guest Devan Jensen who is a social media guru and magician presenting “The Magic of Storytelling: Tricks to Engage Audiences” (and he may show a magic trick or two)! Click here to reserve your seat today!