3 Problems that Come Up with Middles 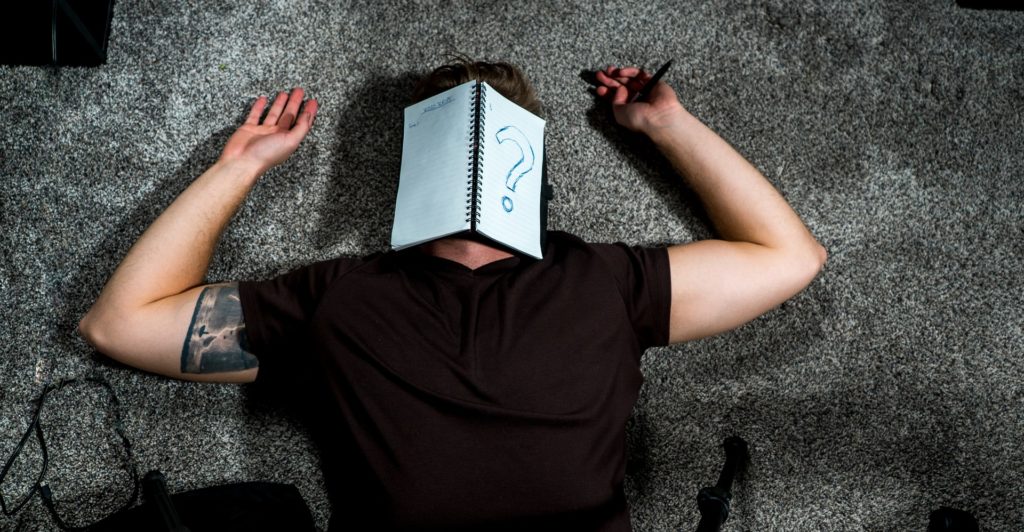 For many people, the middle of the novel is the biggest challenge. Writers usually know when they’ve got a good start, and they have months to think about how to create a great climax. But what do you do with all of that stuff in between?

Thankfully, by the time you’re into the middle, you’ve gotten some character development down, your settings have been firmed up, and you have a very good idea where you’re heading. But you can still run into problems.

Here are three problems that bring me to a halt in mid-book.

1) I failed to plan properly.

Usually this failure to plan means that I didn’t think enough about a particular character, and I hate to admit it, but with me, it’s almost always my villain. I may not have thought enough about what his motivations are, or who his allies are, or about the scope of his plans. Perhaps I haven’t made him strong enough–as committed or wise or cruel as he can be.

But other characters can also be problematic. You typically begin to develop your characters pretty early in a novel. If you’re the kind of writer who creates dossiers, you might know your heroine’s hair and eye color, her birthday, and you might even know that there was a time at the age of eight when she thought that she would die of a cold. But knowing such far-flung facts about a character doesn’t bring them to life.

I often find that once I create a voice for my character and get them two hundred pages into a story, I begin “discovering” new things about them. I often find that they are more clever than I initially thought, and little choices that I had them make on paper suddenly lead to some startling new revelation about what “they” planned. I’m not saying that my characters are alive, or that they take over. I know that they’re fictitious. I’m saying that very often as a writer, our subconscious does a better job of creating a character than our conscious mind. Sometimes you have to be open to discovering what your subconscious is trying to say. In short, my characters tend to change–for the better–from what I originally intended.

The fix here is to stop and brainstorm that character anew–considering his or her options throughout the story in a new light.

2) I discover I didn’t think a plot point through.

Sometimes I don’t properly consider plot points. For example, let’s say I have a subplot–a romantic twist. I planned to have this romantic subplot all the way through. I prepared for it. I made sure that the audience loved both the proposed hero and the heroine from the beginning of the book. (That’s one tip to writing a romance. The audience has to be in love with the characters before the characters realize that they are in love with each other–generally speaking.) But maybe I didn’t think it through well enough. Maybe I didn’t come up with a moment where my two characters discover that something is pulling them apart. So now I’m deep into the middle, and my characters are so crazy about each other that there seems to be no stopping them. The problem of course is that I put off making a crucial plotting decision for too long. Sometimes you can get away with that–but too often you can’t.

The fix here is to stop and plot immediately. Very often the new plot points may force you to go back and do a minor rewrite of some earlier chapters.

3) I need to strengthen the conflict.

Sometimes the story just seems to get boring. You get the feeling that you’re doing the same old thing over and over. When that happens, it is because you did not deepen or broaden the conflict. What do I mean by that?

You deepen a conflict by making it more personal to your protagonist. By that I mean that the conflict begins to occupy more and more of his or her time, more and more energy. If you are writing a story about a detective, you might imagine that he starts out with what appears to be a minor case–a runaway–only to discover weeks later that the girl is dead, and that she was a friend of the detective’s daughter. Something about the case nags him. He can’t sleep at night anymore. Whenever he tries to have a conversation with his wife, he ends up talking about the case. He becomes obsessed with it–and sweeps all of his other case files into a drawer, vowing to finish it.

But even that is not enough, because eventually the story needs to deepen even further. Instead of his daughter’s friend, the next person who turns up missing is his daughter.

When we broaden a conflict, it means that its effects widen. Let’s take the story above. Our detective is looking for a missing girl. He doesn’t look very hard, since he figures that she’s a runaway. But once she’s dead, he takes a look at the MO, types it into an FBI database, and bam–comes up with four similar murders spread out over three different states in the past three years–all within a hundred miles of one epicenter. Suddenly he has to worry that he’s dealing with a serial killer.

Sometimes, just deepening and broadening a story a bit isn’t enough. Some editors suggest that if you want to write thrillers–big thrillers, the kind that sell millions of books–that your conflict ends up needing to be broad enough so that it covers the whole world. In short, perhaps if a killer isn’t found, a chain of events will be set off that will cause a nuclear war, etc.

This seems to hold true in other genres. In DUNE, which many see as the best SF novel ever written, what starts out to be a story about a young lord being forced to go to another world turns into a tale where ultimately this boy brings the whole universe to its knees. In LORD OF THE RINGS, a magical trinket owned by a Hobbit turns out to be something that controls the fate of a world.

Now, of course, you don’t have just one big conflict. I might give my protagonist a journey that he has to go through, such as a world that needs saving, but also grant him some lesser conflicts–a personal weakness that needs to be overcome, an old score to settle, and so on. With each of these, the conflict should broaden and deepen throughout the middle of the story.

Hopefully, my experiences will help you write your own middle.

Daniel Yocom will be discussing what it means to write in another person’s/group’s world and writing for their intellectual property.

He is an award-winning writer with an international following. Currently he is writing for 5 outlets doing reviews and other support material for tabletop games, movies, and books. He has over 1,200 articles published along with 5 short stories and 2 books across topics and genres. He has been a panelist or presenter at conferences which includes the LTUE Writing Symposium, Pre-Quills Writers Conference, SaltCon, FilmQuest, and FanX.

Dan writes about geeky things because people always say to write what you know. His love of the geeky, nerdy community dates to the 1960s through games, books, movies, and stranger things better shared in small groups. Join him at www.guildmastergaming.com.