Appealing to the Senses, Part 3 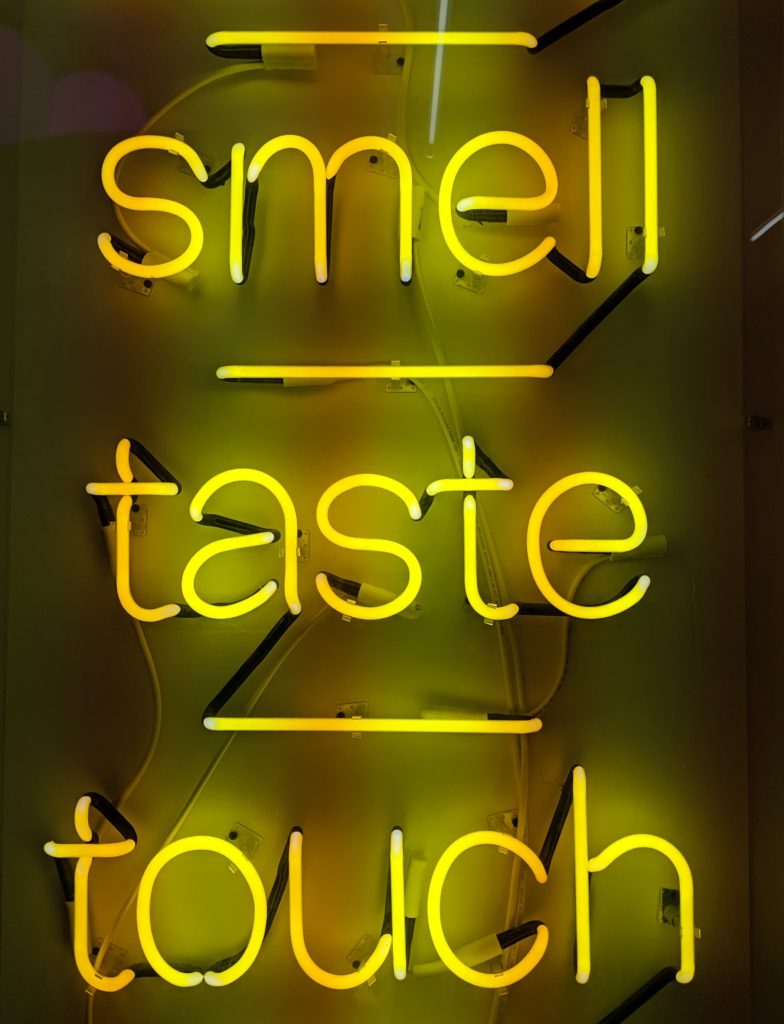 For the last couple of articles I’ve been talking about how to make your story come alive by appealing to the reader’s senses, by “showing, not telling.” I pointed out that the human body has several different ways of sensing and reacting to the world. We’re not like cameras that just record sight and sound, we experience the world through sight, sound, kinaesthetic senses, touch, taste, smell—and we also are constantly influenced by our thoughts and emotions. If you don’t appeal to all of these, your writing will suffer. Your reader won’t become fully involved in your story and will recognize that you’re missing something.

So we need to appeal to the reader’s senses, but not all appeals are equally strong. I pointed out that sometimes they’re so weak that they can’t possibly work at all. For example, when I say “a crowd stood on the platform,” the reader has so little information that he can’t see the crowd. Yes, the reader might picture a crowd, but is it the crowd that the writer envisioned? Probably not. Depending upon the area and time that you’re writing about, crowds can be quite different. Maybe the platform is for slaves being displayed for sale in a Roman market, or a speaker’s platform during the Russian revolution, or maybe it’s teens at a rock concert. The reader is forced to read on after such a statement in order to get more information in order to just figure out what to imagine. So that statement is a non-appeal.

But there are also some very weak appeals. Here’s one: “It was raining.” The author has told us that it was raining, but he has not appealed to any of the senses—sight, sound, smell, touch, emotion. So the reader might imagine rain, but what kind of rain? Is it a light drizzle, a warm mist that barely moistens the skin, like something felt on a foggy day in China? Or is it a cold downpour where raindrops seem to bounce off wet cement? We as readers aren’t sure what to imagine, so perhaps we think of our standard version of a normal rain.

But the truth is, the reader’s eye passes over that. I was editing a story a couple of weeks ago, and after a long discussion with another man, the protagonist stepped out into the rain. I thought, “Wait, was it raining when he stepped in?” Well, I had to go back four pages to the setup, where I did in fact see that “It was raining.” But I didn’t know how hard, didn’t have an appeal made to any of the senses. Did the protagonist get out of his carriage with an umbrella, or was his top hat enough protection. Had it gotten worse while he was inside, or better?

So what are some better ways to make the rain real?

One way is to appeal to the senses, to define it further. One of my old writing teachers, the poet Leslie Norris, used to say that “When it rains in your story, the reader should get wet.” So you can begin by adding qualifiers.

Let’s just say that you add something like “cold,” “warm,” “soft,” or “hard.” In front of rain. You’ve just invited the reader to feel the rain. But you could also appeal to sound, “A warm rain pattered on the bamboo roof.” Or you could add an appeal to sight, “He saw the rain advancing from the west, a gray curtain sweeping down.” You could appeal to the sense of smell, “He smelled the rain an hour before it hit, the moisture almost cloying at the back of his throat.” You can add touch to the senses, “The cold rain pelted his forehead, and quickly soaked through his buckskin coat.”

Of course, if you really want to “create” the rain, make it real in the reader’s imagination, you appeal to all of the senses. You might even add in some thoughts and emotions. “Calvin smelled the rain an hour before it hit, the moisture almost cloying at the back of his throat. A wind kicked up dust on the prairie, as he chopped wood for the morning, and he heard distant thunder herald the coming storm. He glanced to the west and saw a gray curtain sweeping toward the ranch. Fear struck. I’d better get that mare shut up into the barn. She was about to give birth to her first colt, and she was already skittish. The storm would likely make her want to run.”

I might then have him run to the barn to close the door and have the rain strike, cold and wet and hard. In fact, one way to strengthen your appeal is to use strong metaphors, so I might describe how it “rained down on the roof, falling like buckshot.”

In short, by appealing to all of the senses, I can make the rain “real” to the reader.

In fact, I’m doing it quite consciously. I know that my reader is probably sitting in an easy chair somewhere, while the television drones in the background. He/she feels no rain. But as I appeal to the senses—smell, sight, sound, touch (hot, cold, wet, dry, soft, hard) emotion and thought, I’m actually inviting the reader to substitute these sensory inputs for what they’re actually feeling.

The result is that as a writer, I can take over the reader’s imagination, lead them through an event so completely that they forget that they’re reading and instead become involved in a shared dream.

By doing so, I’m using principles of hypnosis on the reader—which happen to be the same principles behind good storytelling.

So give it a try. Here’s a non-appeal: “There was a crowd on the platform.” Now, use body and motion, sound, sight, touch, smell, thoughts, and emotions to write a scene about a crowd. You can imagine any scenario you like—a tourist fighting his way through vendors in a foreign marketplace, demonstrators at a political rally, fans mobbing a favorite band. Just remember, the details will make it real, and you have to tell it from a character’s point of view. Have fun!

Classes Available for Auditing – When I was a busy college student, I wanted to learn as much about writing as I could, so I would often audit writing classes so that I could learn from the teacher without feeling the extra stress of having to turn in huge amounts of work during finals week.

I’ve decided to make that option available with my online classes. If you’d like to take a class without spending a lot of money and feeling too much pressure, check out the new, more affordable options of auditing a class. You can take the class, do the exercises, incorporate them into your stories, and let your writing group or friends tell you how well you’ve done.

Depending upon the course, the classes are between 50% to 75% off this way.

However, if you want my feedback on a class, you can still choose to take one at the normal price.

Check out my online classes here (to see auditing options, scroll down to that headline).