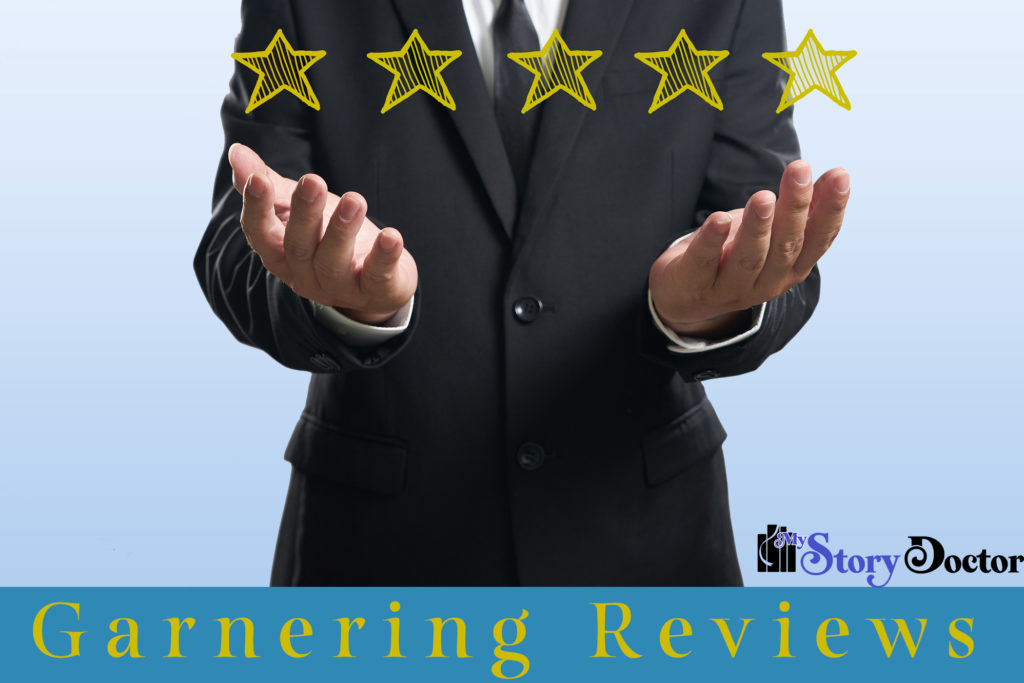 WHAT’S IN A REVIEW?

As a writer, I know that reviews can help, but they don’t make or break sales. I’d much rather have a great cover and no reviews than a moderate cover and fantastic reviews. Only about 10% of the readers take reviews into consideration.

I’m also hesitant to ask other authors for reviews. As an author, I’m asked to review far too often. I usually get at least two requests per week, but I often get more than that. The truth is, that like most authors, I can’t do that many. Part of it is just the time that it takes. To read a book, even for pleasure might take as much as 20 hours (I like long fantasies). If I read two a week, that would be a solid workweek that I’d lose. Economically, there is just no way that I can afford it.

The other limitation is physical. I work on my computer for ten hours or more per day, and I’m always suffering from eye fatigue. Add in that I’m getting old (I had cataract surgery on both eyes), and I find that the eyesight is worse than ever. So when I do have free time, I prefer activities that force me to look at things at greater distance, so that I rest my eyes.

It’s not just the eyestrain that I worry about, it’s the inactivity. You can only take so much sitting down or relaxing per day. My hobbies are: taking long walks, working out, mowing the lawn, and so on. In other words, I try to get in at least an hour of vigorous physical activity per day.

Last of all, I don’t enjoy reading books all of the time. Yes, I could read while I’m on the treadmill, but I do have to give my mind a break.

Most older authors are in my shoes. Yet new authors are still looking to get their works reviewed.

SO WHERE DO YOU GO?

Here are a few ideas, including some that worked for me:

If you simply google “book blog,” you’ll find dozens of bloggers, and many of them are happy to read books by indie authors. You can even find lists of bloggers created by writers. Note that when you do send books to them, it often takes a couple of prods to get them to read the book and blog about it. Yet you can get dozens of reviews this way pretty easily.

Just for the heck of it, here is an example of a review that I got from a blogger for my book Nightingale. “Even without all the bells and whistles that Nightingale hides within its pages, I can assure you that this is one hell of a story. . . . David Farland’s uncanny ability to write an engrossing story is really what really brings it all home. I can promise you that Nightingale is unlike anything you’ve ever read or experienced before. It’s an all-encompassing, immersive experience that will draw you in and make you forget reality. If you aren’t a David Farland fan yet, you will be. You will be.”–See full review

You can still approach authors and ask for them. Stick to authors who have made it big in your genre, and realize that most of them will say no.

With Nightingale, I was able to get great quotes from several bestselling authors, including Brandon Sanderson, Kevin J. Anderson, Paul Genesse, and others. Did I get turned down? Of course I did, plenty of times. The more famous the author, the harder it is to even make contact.

But sometimes you get lucky. James Dashner, who did The Mazerunner, said: “Nightingale is thrilling ride of a novel with plenty of twists, action, and amazing characters. I burned through it. Highly recommended!”

Check with local newspapers and magazines to see if they will review your book. The magazines typically want to get the book about six months before it goes to publication, and some newspapers also want lead time. Not many newspapers even do book reviews anymore, so realize that they’re probably feeling overwhelmed, too. Most large newspapers will not review indie books at all. Sometimes the review won’t come out for months after your book does.

Here’s a nice one from a small paper, reviewing the iBook version: “The digital pages of Nightingale promise adventure, sacrifice, and an unexplored world. Author David Farland does not disappoint. . . . An exciting new urban fantasy with vivid settings and a unique twist on the paranormal, Nightingale is unlike anything you’ve ever read/heard/seen. Don’t miss it.”- The Islander News

Sometimes the best reviews simply come from fans of the book—people who post reviews on Goodreads or Amazon.com. These tend to be genuine, heartfelt reviews, the kind that a friend might give when telling another friend about your book.

Here’s an excerpt from one that I thought was funny: “It’s High School Musical falling in love with Twilight and having Harry Potter babies. I Love, love, loved everything about it. Highly recommended.” A. Benson

If you enter your books for awards consideration and you happen to win, the presenters will often send out a press release with a mention of your book.

I won several awards for Nightingale, including the Hollywood Book Festival Award for Best Book of the Year. Here is their quote: “Despite its fantastic premise, the book is a touching tale of the dreams and hopes of a young man abandoned at birth and making his way in the world.”—HollywoodBookFestival.com

Kirkus, for example, has long reviewed books for publishers, as has Publisher’s Weekly. Kirkus has been reviewing indie authors, for a fee, for several years now. I believe that PW now does it, too. As you approach these companies, be careful. They don’t guarantee that they’ll give you a rave review, and I know authors who have been very disappointed when they get a review that turns out to be less than kind. Generally, a paid review might cost between $200 and $500.

Some companies that offer reviews are dishonest. I saw an ad a few months ago from a company that offered “Five-star reviews” for only a couple hundred bucks. The reviewer would go online and post perhaps hundreds of positive reviews for a fee. Those companies are not only immoral, it is illegal to run one. Stay away from them. Last year, a reviewer who sold five-star reviews by the thousands got closed down by the Feds, and the owner is looking at prison time.

I’ve never tried paid reviews before, so I can’t give an example.

Sometimes, usually long after the book has come out, you will get unsolicited reviews from promoters. For example, once Barnes & Noble put Nightingale on their “top picks” list, and just last week, iBooks did the same. While those two actions didn’t give the book any new quotes to use, a site called Hypable.com gave us a shout out on Christmas Eve. Their review of the ibook praised the novel itself, along with the soundtrack and the hundreds of illustrations, and called it, “the ultimate enhanced novel.”

Is there an actor, a sports figure, a general, a scientist, or some other celebrity that might work well as an advocate for your book? Sometimes these people can really help.

I’ve never used a celebrity to advertise a book, but I’ve thought about it. I’d love to get a thumbs-up from Justin Bieber. I based my physical description of Bron on Justin.

You out there, Justin? I’ve got a free book with your name on it!

So there are a lot of places that you can go to look for quotes. It is likely to take more time and more work than you think. Don’t get carried away. And don’t send your book out until it is absolutely ready! 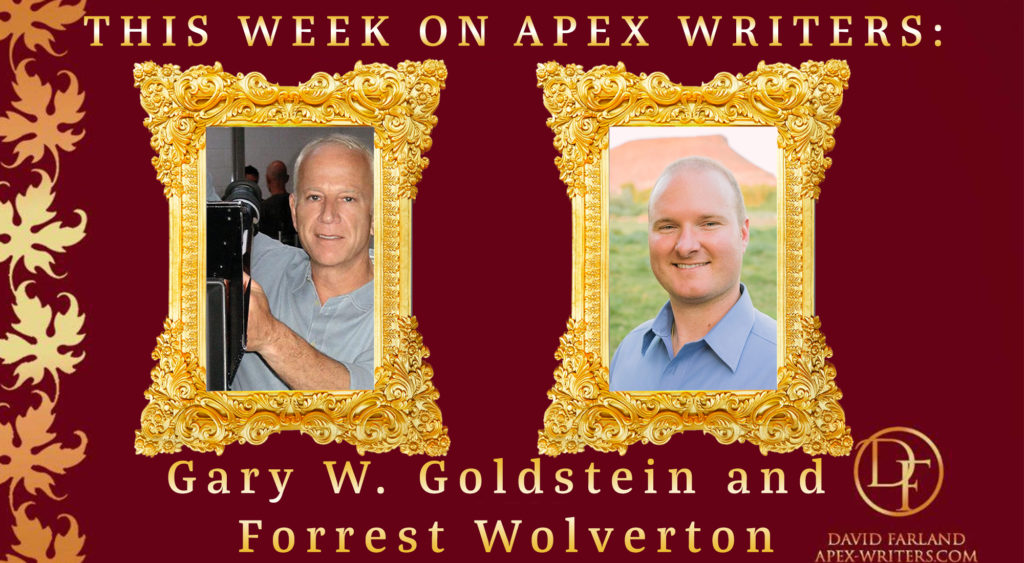 Gary W. Goldstein is the author of Conquering Hollywood: The Screenwriter’s Blueprint For Career Success and Producer of films including, “Pretty Woman” and “Under Seige”.

Forrest Wolverton is a regular on Apex and his lectures are among the best-attended each month. You don’t want to miss this incredibly motivating speaker only on www.apex-writers.com 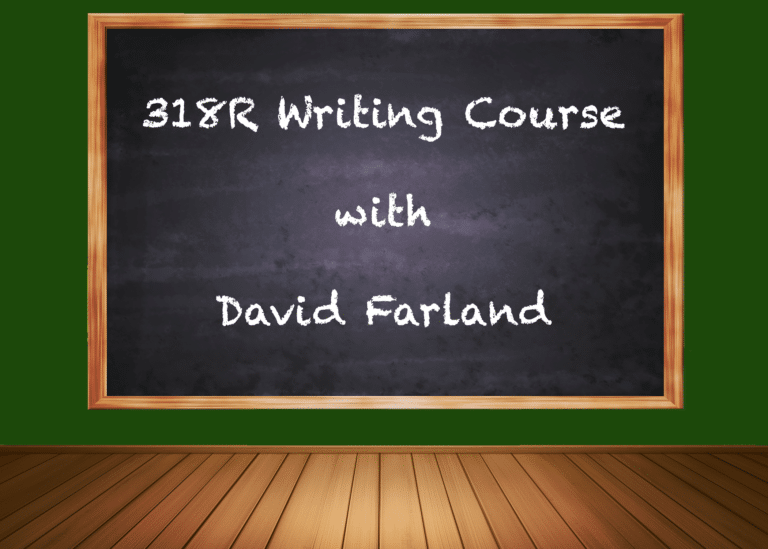 Twenty years ago, Dave taught his legendary 318R writing class at BYU. Some of his students included Brandon Sanderson (Way of Kings), Dan Wells (I am Not a Serial Killer), and Stephanie Meyer (Twilight). Dave’s approach worked well because he put emphasis not just on writing but also on the business of writing so that an author doesn’t waste years of his or her life by making costly career mistakes.

Dave will be opening this class again for this January of 2022. Registration will be very limited for those who want the full experience, with critiques of their manuscripts. However, there will be plenty of room for those who wish to attend as auditing students, who may attend the lectures and ask questions, but who won’t be receiving critiques and taking quizzes.