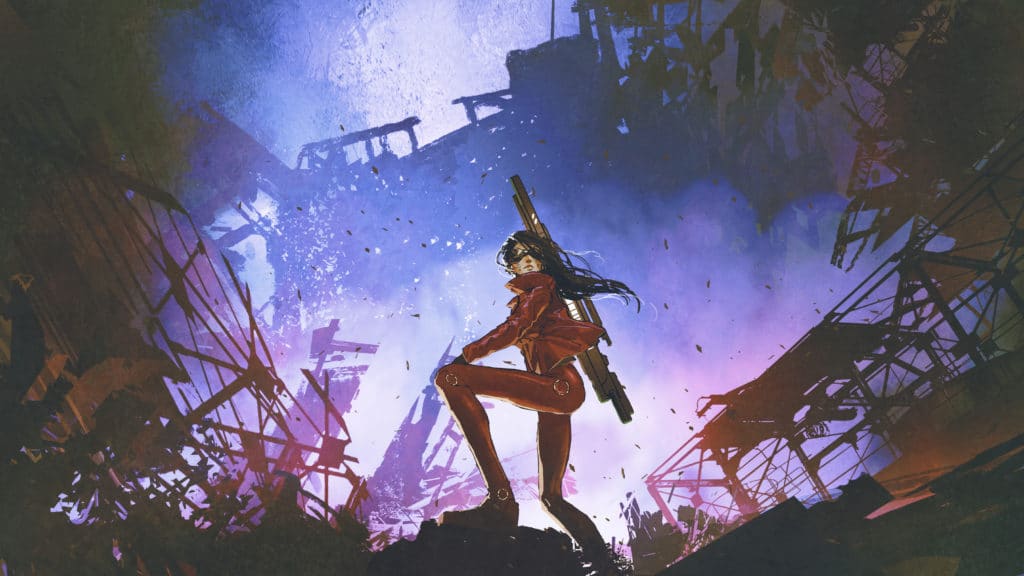 When you’re writing a novel, you may create a protagonist who is “heroic,” or one who is an “anti-hero.” But do you know the difference between the two?

A heroic character is typically likeable. That means that he is often in pain—perhaps both physically and emotionally scarred. He also cares deeply about others, enough that he tries to become a protector.

But the hero, during his journey, usually needs to grow into the role of hero. He doesn’t come fully formed. He may want to help others, even be willing to die for them, but he doesn’t know how.

Thus, a hero often needs a “guide” character, someone to train him. Thus, Obiwan Kenobi teaches Luke Skywalker how to use the Force, while Gandalf teaches Frodo how to withstand the drawing power of the One Ring. In many cases, the guide even provides a magical weapon for the hero to use.

But your main character (MC) doesn’t always need to be a hero. Sometimes he can be an “anti-hero.”

An anti-hero is someone who is already trained for battle, and is often very good at it. But while the hero cares deeply about others, the anti-hero doesn’t. He often cares only for himself. Thus, in Star Wars, Luke Skywalker, the hero in training, teams up with Han Solo, a drug dealer that Leia accuses of thinking only for himself.

So while the hero is often charged with learning how to fight, how to handle himself in a battle, the anti-hero’s quest is to learn to care about others enough so that he will adopt the role of hero.

The interesting thing about a contagonist is that early in the story, he may not have our sympathy. We see that he is dangerous and skillful, and we may not like him so much as respect or fear him.

Conversely, we may not respect a budding hero so much as we like him and wish him success.

A good anti-hero impresses us with his skills.

But it struck me that a contagonist by definition must be something of an anti-hero. We typically don’t develop rooting interest for him. After all, he is opposing the hero and is aligned with the hero’s enemy.

Yet like the anti-hero, the contagonist enters the story as someone who is deadly, well trained and dangerous. If only he could learn to care about others, he could even be turned into a hero. Thus, we see in Episode VI that Darth Vader turns against his master and becomes a hero, saving Luke.

In the same way, the budding hero is always in danger of slipping up, of becoming a contagonist, someone who is in the service of evil.

So as you are developing your cast of characters for your novels, it might be an interesting exercise to consider just what kind of hero you want to make.