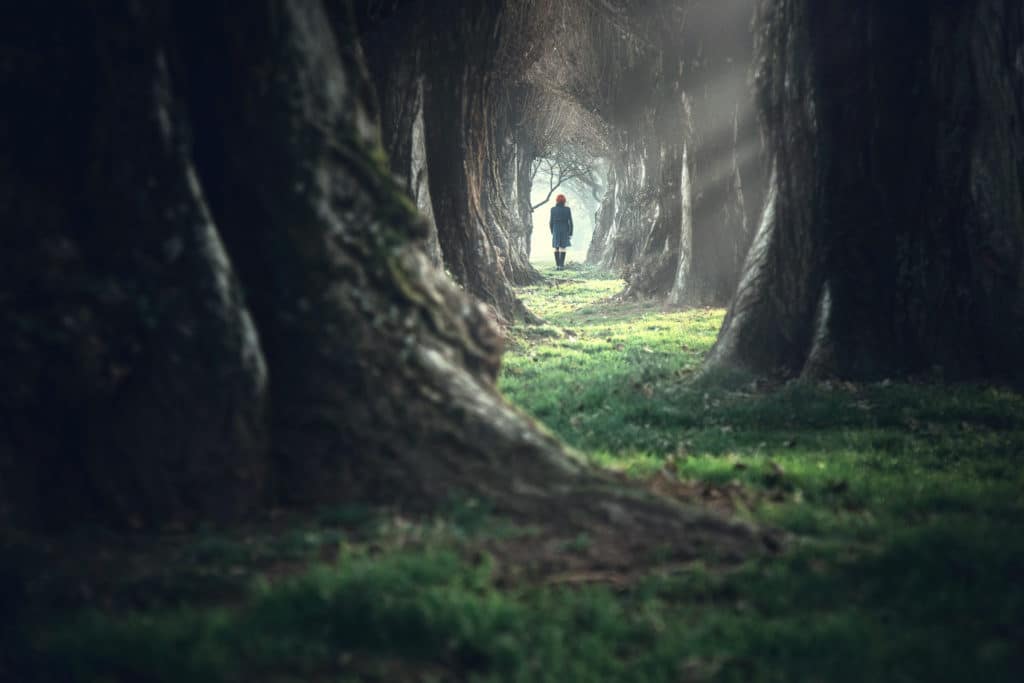 When you’re writing a tale, it almost always turns out better if you get deep into the head of your protagonist.

Tell the story from that person’s point of view. This is especially true if you have multiple protagonists, because it means that you will need to characterize those people by showing just how differently they relate to the world. Seeing the word through their eyes and being immersed in how that character thinks and feels, requires tightening your focus.

But doing that is a trick. What should you focus on? Here are some thought provoking questions.

How does your character perceive the world?

You see, we all perceive the world in different ways. For example, I learn best from hearing, and so I tend to listen very closely to instructions. Often, I’ll catch nuances that others miss. Another person might learn by doing, while a third learns by watching others. So if four people are given the same lesson—say how to replace a headlight on a car—we’ll each benefit from different parts of our training.

What is your character habitually interested in when he thinks? What does he focus on?

As we go through our day, each of us has our own special area of interests. While I’m walking down an unfamiliar street, for example, I may pay close attention to the plant life. I’ll mentally “tag” houses by remembering who has the large willow tree out front, or who has the peach-colored roses. An architect, in the meantime, might tag the homes by noticing architectural details—the dormer windows on a ranch-style home—while my wife might tag them by color design.

When I was a missionary, I had a companion who remembered people’s cars. If someone had a red 72 Chevy, he’d see the car in a parking lot and say, “Hey, there’s John Thomas!” Then I would look up, and John was nowhere to be seen. I recall vividly one day how he began naming off people and saying, “There’s John, and the Metzgers, and the Sally Day, and . . .” I looked up eagerly, and there wasn’t a single person on the street. He named a dozen people just by looking at their cars.

The downside of this was, if we went to John Thomas’s house, he couldn’t remember what it looked like. Unless the car was out front, he’d invariably confuse it with another house.

So your characters will have their own way of relating to the world, and each will have his own biases and education level. They’ll each have their own focus. As a corrections officer, I always made note of unlocked gates or doors left open when I was driving through town. I’d watch strangers to see how they moved, where they put their hands. I’d be careful when walking into restaurants, making sure to place my back to a wall and give myself a clear field of view to see who had entered.

How does your character judge others?

A young woman may judge a new girl by her designer labels, or her hair, rather than her friendliness and her smile. A young man may only be interested in befriending another boy if he thinks that the boy would be an asset to the football team. A third person may avoid people who are wealthy, while a fourth might gravitate toward people who have a strong sense of humor.

What are your character’s fetishes?

I read a story once about a killer who has a knife that is rather special to him. He used it to kill his mother and half-sisters, and he likes to finger it a lot. But the author didn’t describe the knife. What kind of knife is it—hunting knife, combat knife, survival knife? How long is the blade? What is the handle like? From what metal is it made? What brand is it? Where and when was it made? Does he have a nickname for it? What does he imagine doing with it? By describing the knife, we show his interests. We show the thing that he loves most.

Similarly, if you describe a vampire, it’s likely that he would have a “thing” for necks.

Each of us has our own special areas of interest. I’ve known women who were experts on how to put on makeup, men who love mathematics, and so on.

What do you need to know to survive?

Similarly, an alcoholic will have his own special knowledge. He might be able to tell you every brand of beer down at the local 7-11 store. Surely he knows how far it is to the closest liquor store, and he knows how much of a supply he has stashed around the house. He might know to the penny how much it will cost to buy a bottle of wine, and he may know the foods and medicines that he can filch at the grocery store that have an alcoholic content.

The internal and external dialog of a character need to be consistent. Knowing the internal landscape of your protagonist is important, but more important than anything else, your characters need to have their own voices. If you want to improve your dialogue, we have some tips which can help. Find the post here.

So when you’re creating your characters, consider carefully what the world will look like through each person’s eyes. Learn how they will think, how they talk. Eventually, you’ll need to make sure that each of them is different in a convincing way.