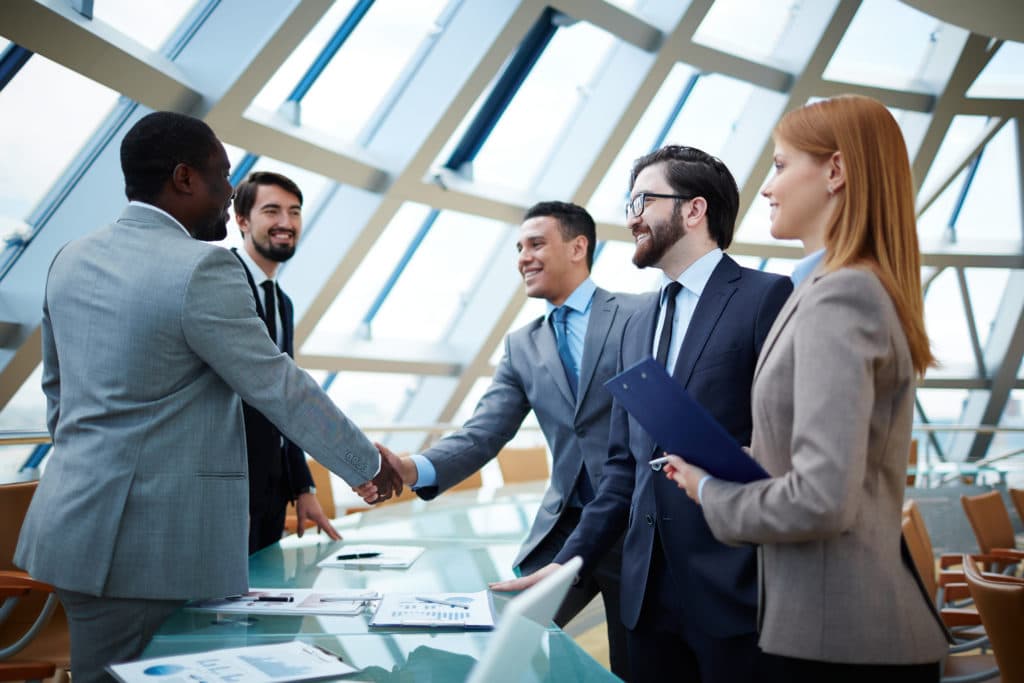 1. Never hide the identity of a speaker. 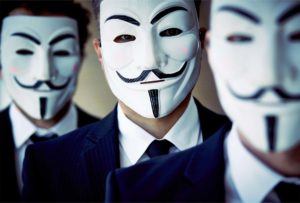 Many new writers will start a story like this:

Now, it might be a perfectly good hook for a story, but I’ve read dialog where the protagonist isn’t named for a dozen pages, even though she’s engaged in a conversation. She’s referred to by “she.” Part of the problem that comes is that if there is another “she” in the room, then we soon get confused as to which she is she.

I’m convinced that in such cases, the writer feels that by withholding such vital information, he or she is creating added stress. But this is what I call “false tension.” Sure, it adds tension to the story, but only by cheating the reader, by withholding information that the reader needs for enjoyment.

If you want real tension, put a likeable character into a worthwhile conflict.

Recently a friend spoke with one bestselling writer who had a rule. He said, “Once you name your protagonist, never repeat that name in the chapter.” This is a foolish rule. Names are pretty much invisible and they’re necessary to keep the dialog straight, if nothing else. Coincidentally, I’d tried to read a couple of this author’s novels and had thrown them aside after a few pages. Now I understand why I did.

So let us know who is speaking. Use real names frequently. They’re pretty much invisible, so you don’t have to worry about overusing them, unless you’re using the name in every single sentence. 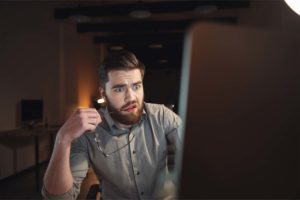 If you have more than three people in a conversation, it’s easy to confuse your readers about who is speaking. You probably need to signal who the speaker is by name with just about every line of dialog.

Let’s say that you have two men and two women eating dinner together. If Karla says, “I want to go home now.” You can’t then just write “she said,” because with two women at the table, we don’t know which “she” you’re referring to. Nor can you avoid dialog tags altogether. To avoid confusion, you almost have to tag the bit of dialog with some version of “Karla said.”

3. There are three places to give dialog tags. 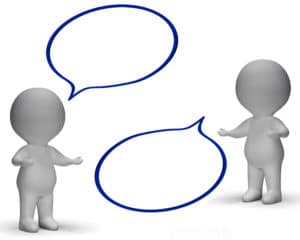 You can put them in the front of the dialog, in the middle, or at the end. Try not to place the tags in the same place in every single line of dialog. I’ve seen writers who habitually tag their dialog at the front of a line for page after page, and it can be boring. 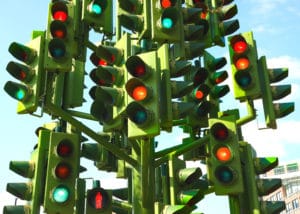 Given that you have to tell the reader who is speaking, try to signal who the speaker is early in your dialog. I have a general rule: If my reader doesn’t know who is speaking within six words, then my attribution is coming too late. This is particularly true with long bits of dialog. I’ve seen tales where a speaker rambles on for an entire page, and then the author put a dialog tag on the end that says, “Ron said.” The problem was that during that entire monologue, I’d thought that it was someone else speaking.

So let me give you some examples of the right way to do it. Suppose that Karla wants to leave the dinner party. We could simply tag her words:

Or you can use some action without a dialog tag, but put it in the same paragraph, like this:

Karla slowly rose from her seat, folded her dinner napkin, and placed it over her plate of glazed salmon. “I want to go home now.”

Just remember to keep the action with the dialog, and it will be clear to the reader who is speaking.

You can also put the attribution in the middle of the dialog. Notice how to punctuate the dialog if you do this.

Because the dialogue makes up a single sentence, I set off the tag with commas. But look at this example.

We can even do it without using “said” by giving a description.

“I want to go home.” Karla rose from her seat, slung her heavy purse over her shoulder, and glared down at Rob, who hunched in his chair as if caught in a bad dream. “Now!”

It’s perfectly all right with short utterances to put your attribution on the end.

“I want to go home now.” Karla rose from the table, dabbed her napkin at the corner of her eyes, folded it and quietly laid it over the glazed salmon on her plate as Rob wordlessly stared in surprise.

But notice what happens when we have a long utterance. Let’s say Karla is sitting talking with Rob, Joy, and Devon. Devon has been talking about how his mother passed away suddenly the week before, and he feels guilty because he hadn’t spoken to her for six months.

“I want to go home now. I feel so scared all of the sudden. I know this is weird, walking out in the middle of a party like this, but I need to go home. Right. Now!” Karla said.

Do you see how in many cases, that little attribution comes far too late? We could be reading it in Rob’s Texas drawl, or imagine that Joy has been speaking in her own high-pitched simpering voice, and now all of the sudden, we realize that Karla, who never says anything, is the one speaking and who decides to walk out in the middle of a dinner party, without dessert. Perhaps, when it comes to Karla, that’s unheard of. So we aren’t expected it to be her.

5. When possible, use the character’s voice to signal who is speaking. 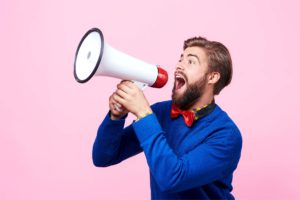 Let’s say that Karla is a polite woman from the South. She calls her husband Sweet Pea twice earlier in the conversation. We can give attribution by simply having her say, “Sweet Pea, I want to go home now.”

So there are a lot of ways to weave your attribution into your dialog. What you can’t do is refuse to let your reader know who is speaking entirely. If you do, you run the risk that your reader will walk out on you! 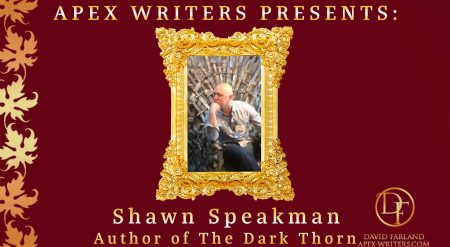 Shawn Speakman is the award-winning editor of Unfettered and the author of The Dark Thorn, an urban fantasy novel Terry Brooks called “a fine tale by a talented writer.” The Undone Life of Jak Dreadth is his newest work, a prequel novella to his forthcoming new novel, The Tempered Steel of Antiquity Grey.

We’ve had so many special guests this year on www.apex-writers.com! Including Kevin J. Anderson, contributing writer of the Dune Series, Dan Wells, author of I Am Not a Serial Killer, and prolific Sci-Fi/Fantasy writer Brandon Sanderson!

You can see these guests and all our past guest recordings by joining www.apex-writers.com!

In addition to our weekly guests, you’ll have access to over a dozen courses that will teach you how to write from plotting an outline, to our all new course on Powerful Endings!

Also new to Apex Writers is our Discord server where you will join over 600 members who are taking part in daily writing sprints, brainstorming sessions, group critiques and more!

All of this is available with either a monthly or yearly subscription at www.apex-writers.com

Come and join us! You’ll fit write in!