Putting Emotional Twists in Your Tales 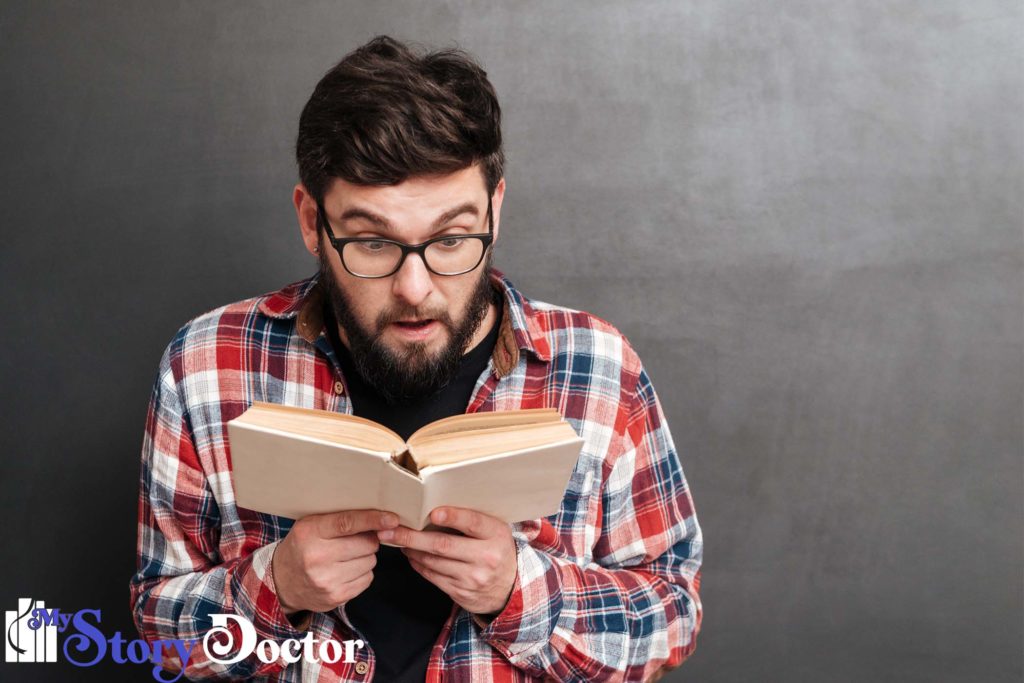 When you’re writing a book, it’s important to take control of your reader’s emotions. You do this by creating sounds, images, or actions. Each time you create an emotional experience, it’s called an emotional beat.

One of the best ways to learn to recognize emotional beats is to watch a movie preview. In an action adventure movie trailer, you might hear a person say, “You got in here pretty easy, but you ain’t gettin’ out of here alive.” That line is both a humor beat and a threat. So it can be counted as two beats—humor, adventure. That might be followed by a fight scene—adventure, then by gunshots, adventure—then a glimpse of the hero kissing a girl, who throws him on her bed—romance/lust. Then we might have mysterious music start up, while offstage a voice says, “There’s something you need to know”—a mystery beat. 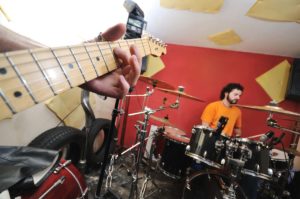 In Hollywood, I studied how to analyze emotional beats in order to gauge just how popular a movie would become, so it can be a great tool for analyzing stories.

When you frequently use the same beats, you create an emotional tone for your story. For example, you can write a novel that starts out with a funny line. A second jest may appear three lines later, and a third at the top of the next page. As you do this, the reader begins to anticipate that you’re creating a humorous piece, and if your reader happens to be an editor, he may want to purchase your novel for his humor line.

Creating that emotional tone is a must for us as authors, since readers go looking for books based upon the tone. Thus, those who want to read adventure go to the “thriller” section of the bookstore, while those who want wonder might go to the fantasy area.

Of course there are dozens of powerful emotions that you might use to create the overall tone of a work—romance, adventure, wonder, horror, drama, mystery, nostalgia, lust, and so on. Not all of them have a section in the bookstore. Lust literature, for example, has its own special bookstores, while nostalgia literature tends to get lumped into “mainstream.”

However, as a writer, if you continue banging the same note too often, it may begin to appear that the story has gone stale. It almost feels as if the author is trying to play a song on the piano with only one note; the song will sound less like music and more like a monkey banging on a piano. 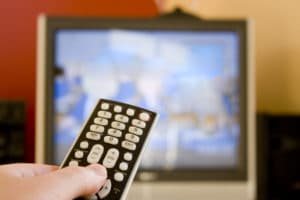 So you as a writer have to change things up. For example, if you watch a good comedy, very often there will come a time when the comedians quiet down, put on a serious face, and say something profound—almost as if that were the purpose of the movie. Do you remember City Slickers? There is a great moment where the joking stops and Jack Palance, playing the role of Curly, tells Billie Crystal about his pet theory on the purpose of life, thus defeating the audience’s expectations.

In another great moment from the screen, in the movie Jaws, three men are out on a boat, hunting a shark. As one of them, Brody, throws meat into the water, chumming the shark, Quint and Hooper exchange boasts, leading to a much-needed moment of humor. The tension for the past thirty minutes has been thick.

But just as the audience begins to laugh, a great white shark lunges up from the water, close enough to bite off Brody’s hand, and the audience screams. Steven Spielberg said that he waited for that moment in the theater to see if it would work—turning a laugh into a shriek of terror.

A few nights ago, I re-watched the classic film The Shining, starring Jack Nicholson. In one scene, Jack’s small son Danny has nearly been strangled, and his wife Wendy rushes in to tell him that in their supposedly empty hotel, a woman got out of a bathtub and tried to strangle the child.

Jack goes to the room where it happened—the much-hyped room 237—to see if there really is a woman there. A beautiful woman gets up naked from the bathtub, and Jack, obviously delighted, goes to kiss her. She falls into his arms, then turns into a rotting old hag. Thus, our emotional beats go from horror, to mystery, to lust, and back to horror.

Whenever we change emotional beats from one thing to an opposite—wonder to horror, romance to drama, humor to wisdom—we defeat the audience’s expectations. We provide a rest from harping upon the same emotional beat time after time. This actually allows us to make our dominant emotion more powerful in a future scene. It lets the reader get a rest.

So if you’re writing a romance, for example, and fear that the romance is going stale, then stop for a moment and consider: what other powerful emotions do I want to draw upon so that I can give my audience a rest? Do I want to put in a quick humorous line or scene? Or is something dramatic called for, or maybe even something horrific?

You may notice that an emotional twist isn’t the same as a plot twist. When you twist the plot away from reader expectations, it may or may not arouse strong emotions in the audience. A plot twist demands that the story change direction in some fundamental way. But when you do an emotional twist, very often it occurs on a smaller level, within a single scene.

Whatever you do, look for ways to twist the story in new directions, away from audience expectations. They’ll thank you for it in the end, even as you fulfill the promises that you made when you first established the emotional tone for the tale.

Rachel Ann Nunes is a #1 bestselling author of Christian fiction who also writes science fiction, fantasy, and paranormal mysteries under the name Teyla Branton and mainstream contemporary romance under the name Rachel Branton.