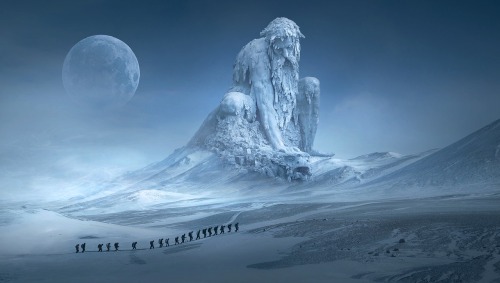 The Wellspring of Magic

In looking at magic systems around the globe, you will start to see some patterns. Let’s take a look at magic sources:

Magic Comes from Gods—In most Mediterranean countries, magic powers come from gods, people with names like Zeus or Hera or Elohim. A person who uses magic is often considered a favorite of the gods, but can also be cursed by the gods. These superior beings don’t necessarily have to be all-powerful gods; they might also be lesser “gods,” demons, or spiritual beings from other planes. Indeed, in certain countries, every valley, mountain, river or pond was thought to have a spirit that lived in it that might offer gifts to travelers. So in creating the source of your magic, you often would need to establish the relationship between the god and the person. What does the god want from the human, or vice versa? Gods of course don’t just visit people with gifts, but also might wish them harm, or might be tricksters.

Also remember that very often, humans have been thought to be so favored of the gods that they are granted “parenthood” or patronage of the gods. Thus, the ancient Roman Emperors for example would have a ceremony where they “ascended” to godhood, while kings or queens in many other societies were also considered to be divine lesser gods.

Magic Comes from Nature—In many cultures, animal spirits in particular take interest in humans and will appear during visions or dream quests. Magical powers can be ascribed to creatures or storms or places, but these aren’t necessarily anthropomorphized gods, but are more organically a part of the earth or the cosmos. Of course, very often medicinal plants, mineral springs, mud baths, and animal parts are ascribed powers due to nature magic, and a wise person who uses these things might be considered to be favored by nature.

Magic Comes from the Elements—Earth, Air, Wind, Fire. All of them have been ascribed their own powers. Wizards can often call upon storms in times of need, or wield lightning, or peer into fire or stones or pools to see into the future.

Magic Comes from Other Realms—Among the aborigines of Australia, a person who went on a walkabout could travel into “dreamtime” and meet people and animals that don’t quite seem to exist in our natural world. The idea as I understand it is that perhaps at certain points, the two realms touch, but they don’t overlap completely. Since it is common for people to have dreamscapes that show up again and again, it seems that there are hints of this in lots of places.

Powers Come through our Ancestors—In many societies, magical powers were thought to be inherited. Thus, if your father was a wizard, you might be born a wizard. In a similar ways, in many Asian societies, a person was trained to call upon the spirits of their ancestors in times of need.

Powers Come from Ourselves—Each of us has an allotment of willpower and internal drive that can compel us to do great things. So it kind of makes sense that we can imagine how a person might cultivate and learn to use his own internal powers. But in the Pacific Islands, as a religious practice, people often sought to develop personal “mana” and use it to increase internal strength, peace, and happiness. However, that mana could be stored in a person’s body parts, which of course is why cannibals sought to kill and devour people who were renowned for having plenty of mana.

As you begin considering the source of magic in your story, you will need to give some thought as to how it is obtained. Does your mage need to beseech demons or the elements? Does she have to fulfill a quest? Is your hero a pawn, favored or despised of the gods? If the protagonist has special knowledge gained about nature or the elements, how did that come about? If she’s drawing upon her own personal store of power, what kinds of limits does she encounter? All of these are important for you as an author to nail down before you begin your story.

Thank you for reading, i hope this has been helpful today. There are many courses you may take to improve your writing and develop new skills, but the Super Writers’ Bundle is the best value. Take a look at some of the courses!