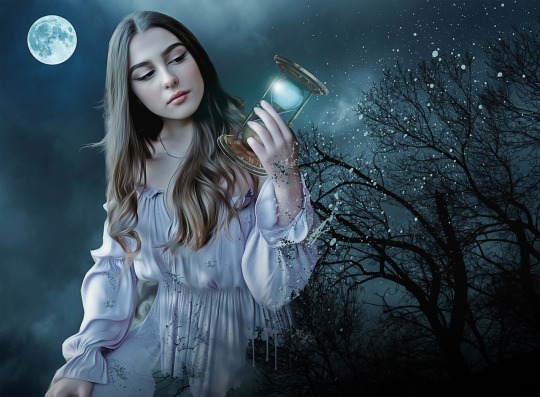 One essential part of making better magic systems is giving real imagery to the reader without telling them what to see. Very often I will read stories where the author describes a magic spell like this: “As soon as he entered the room, Kyla felt the powerful magic. She reached out with her senses, seeking the source, and found it was Naylam, standing above the bloody altar.”

Pardon me for writing two such embarrassingly weak sentences, but I’ve read them so many times, in so many manuscripts, I have to show you what it is like. When you read it, it’s sort of like being splashed in the face with pig slop. You know it’s garbage, but you can’t quite figure out what kind.

The imagery is so vague, the reader isn’t led to imagine anything at all. The author is simply “telling” us what the mage experiences without creating any real imagery. But as an author you’ve heard it over and over again, “Show, don’t tell.” So you have to come up with precise imagery in order to fix the problem.

Before we address precise imagery, there are a couple of clichés that we need to deal with here. Why is it that so many mages “feel” magic power? I’ve seen people “sense” magic in books hundreds of times. Much in the same way, in film anything that is magic glows. So when we describe something magic, authors often refer to these two senses without thought.

But sight and feeling are not the only senses we have. Indeed, relying upon any one sense alone is too damned weak to bring your magic to life. We need to involve all of the senses—all the ones that your teacher taught you about in school—and more!

So instead of harking back to the old clichés, when you create magic, I want you to ask yourself, “How does the viewpoint character know that someone or something is magic?”

Come up with an answer. For example, if a character sees someone with a magic sword, you might imagine that the sword is glowing. Why? Because in Hollywood, everything that is magic glows. It’s a visual medium, after all.

If you do default to that image, throw your answer away, and ask yourself, “How does my hero really know?” Come up with a better answer.

Then maybe throw that second answer away and ask, “How does he really know?” Repeat this as often as needed, until after maybe ten or fifty tries, you get an answer that your gut tells you is right. If you’re familiar with acting techniques, you’ll probably recognize this exercise, but it works in storytelling as you consider things like character’s motives, possible plot twists, and . . . what does magic look like?

Now that you know what magic looks like, ask yourself what does the magic sound like? When a mage casts a spell, for example, what does the audience hear? Does he hear a scream from the netherworld, or a crackling of static electricity, or the voice of a god in his mind shouting in fear, “No!” Consider a dozen possibilities.

Once you have got the visual and audio down, go deeper. What physical sensations does the magic carry—things like hot, cold, wet, dry, rough, smooth, soft, unyielding.

What smells are associated with the spell, if any?

Go deeper. What emotions are aroused by magic? Does the mage feel triumph, horror, regret?

When a magical spell is cast or an implement is used, how long does it take? Does it happen faster than thought, or does time dilate, the way that it will in a fight, so that the mage really is aware of what is going on in minute detail?

What is your viewpoint character thinking during the process? Go into his or her direct thoughts.

And finally, what are the magic’s effects? How does it act in ways that surprise the viewpoint character, or arouse powerful emotions?

In other words, when you are trying to create an impression that magic is taking place, you need to involve all of the senses. Sight, sound, smell, touch, taste, emotions, time—and you should even go deeper, into your POV character’s direct thoughts.

This is the only way to make magic feel real. If you would like to see some examples of how it is done, I’d invite you to look at Brandon Sanderson’s work, particularly in his Mistorborn series. Carlos Castenada does it well in his book, The Teachings of Don Juan. I do it in The Runelords, too.

But I need to emphasize this: In writing, all failures are tied to a failure of imagination. If your magic system feels weak or cliché, or if the consequences of your magic system aren’t rigorously examined, then you need to go back, exercise more and more imagination until you fix it. If you would like a more in depth course on imaginative writing, look here, but do not forget about the Super Writers Bundle!