On Editing Your Novel 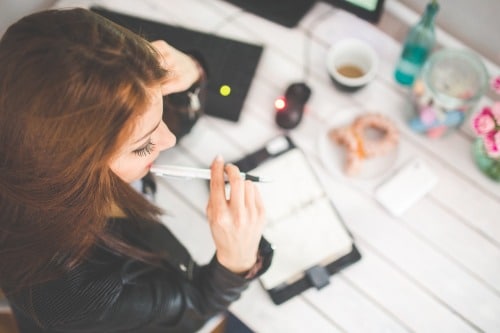 Over twenty-five years ago I began editing professionally. I began by doing volunteer work as an editor for literary magazines, but my first job was for Brigham Young University, where I helped professors raise their work to publishable levels. Many of the people I worked with were scholars with tremendous expertise in their field of study but often they were not practiced writers. Some of them weren’t even native English speakers. So I helped edit articles, textbooks, history books, self-help books, novels, short stories, pamphlets and funding proposals.

Later I went on to editing technical manuals, and from there moved into fiction editing—both short stories and novels. Even when I’m not editing professionally, a day doesn’t go by that I don’t exercise my skills in one way or another.

The past few years, I’ve taught workshops on “Novel Editing.” In the workshop, I edit the first 100 pages of one’s work, then teach novelists who are seriously trying to break into the market.

Here are some key points that I wanted my writers to take away.

In most writing groups, authors get a lot of feedback on the errors in their work, but don’t get much feedback on how to actually improve it. As a result, new authors focus on eradicating errors. So what they end up with is a novel that is pretty much unobjectionable. But that’s rather damning. You don’t want to be “okay,” you want your work to be great.

So in your rewrites, take the opportunity to add as many virtues to your work as possible.

Does your novel suffer from weak descriptions? In your first pass, put those descriptions in.

Would your work benefit by having stronger hooks at the opening to each chapter? Make a pass and put in some great hooks.

Could your novel be better if your character had a more distinctive voice, or if you showed more internal dialog? You can make your novel better in each pass.

Do you need to make your characters more decisive, or show their internal pain? Those can be handled in editing passes.

The truth is that there is so much to do to write a good novel, that many novelists find that it is better to focus on it in several passes, in just the same way that a painter creates a masterpiece by laying down the paint in a dozen layers, letting each one dry before working on it again.

Sure, you might find some weaknesses when you’re editing, but you should be more concerned with adding virtues.

Some authors naturally do one or two things really well. For example, Shannon Hale has a gift for creating gorgeous metaphors, and her use of language is lyrical and beautiful. Tolkien had a gift for world creation that was pretty much unequaled at his time. Orson Scott Card is fantastic at creating gripping arguments, showing penetrating insights into his characters’ conflicts. I love George R. R. Martin’s excellence at creating resonance, or Patrick Rothfus’s command of voice, or Dan Well’s control of tone and his gift for finding fascinating ideas.

But in order to become a bestseller, you normally have to develop a number of skills. On a scale of one to ten, you might look at yourself and ask, where am I? Am I at a five when it comes to creating character voices? Am I only at a one when it comes to world creation? Does my work completely lack hooks or foreshadowing?

If you’re average in most ways but manage to excel in two or three, editors will find you to be publishable. In fact, if you’re excellent at three things, it creates a pattern of excellence, and you’ll probably become a bestseller. That’s all that it takes.

Given that, when I’m editing, I try to work on developing new talents. For example, I might decide that I want to be at least a nine when it comes to creating hooks. Or maybe I’ll try to develop my themes to the point that I can honestly say, “I’ve never seen anyone handle this theme as well as I just did.”

I wish that I could say that there are great editors who can help you reach your loftiest goals. Maybe there are, but they probably don’t work in major publishing houses. Too often, editors for the houses don’t have much real training. Some went into the field with the goal of working as an editor, but I’ve worked with a number who came in from the secretarial pool. I recall one editor who didn’t like reading. Another had never read anything in the field of science fiction when she started, and so asked me for a list of the classics.

An ideal editor, I think, would need to have a profound understanding of story. She or he would have studied with great writers, read widely in literature, and she’d prosper due to her ability to take good writers and help turn them into great ones.

Most of the editors that I’ve worked with aren’t writers. They may be good readers and even good critics, but they have no experience with actually creating stories, and I think that can be a weakness.

So what does a writer do? Just hoping that you’ll find a great editor isn’t quite enough. You’ll have to find your own wise readers and critics and learn from them. For example, if you find a writer that you admire, you might look on his or her web site and see if the author has any articles that might enlighten you as to how to better your own work. You might even take a class, if the author is teaching at a local convention, and arrange to take that writer out to lunch in order to glean some private advice.

Similarly, there are plenty of great books on writing, and for a small investment, you get hours worth of thoughtful instruction on the topic of your choice from an expert in that field.

Beyond that, look for people with expertise and invite them to join your writer’s group, or perhaps become a reader. If you look at Tolkien and Lewis, I have to wonder if either would have succeeded so well without the Inklings. Tolkien was a great world creator. Lewis was the pre-eminent master of theme. Each of them, I suspect, pushed the other to greater heights.

Look for people who can push you in the same way.

It is possible to hire editors, of course, and if you’re self-publishing, you should. Some professional fiction editors take on part-time work–after all, the field is notorious for its low pay. You can find people listed in the back of Writer’s Digest, or advertising online. You can also go to your local newspaper or to a magazine and find people. It isn’t usually enough to hire one editor—I often use three. Even after all of my years of practice (and in my performance reviews, I was told over and over again that I am a sensational editor), I still don’t capture my own typos. No one does.

Just as importantly, work on finding volunteer readers for your books. If you’re writing fantasy, see if you can find a few fans that would take a look at it and give an honest opinion. If you’re writing for children, check with an English teacher at a nearby school to see if you can find some volunteer readers. Don’t think that just because you haven’t published, people won’t be interested. The fact is, most people will be very enthusiastic in their response.

I’m a New York Times Bestselling author with over 60 books published.  I’ve put together a bundle of all my writing courses for a special price here.

My short story, Sweetly the Dragon Dreams is available for free this week. The Book Circle is helping us promote it. Check them out on Facebook and Twitter