Fixating on a Story


Remember when you were young and your mother or father read a favorite story to you over and over? Or do you recall that one book or movie that you wanted to read or watch again and again?

Most people have a few “all-time favorites.” For me, when I was a toddler, it was Jack and the Beanstalk. Then in school I became a fan of Aesop’s Fables. Later it was Swiss Family Robinson, Lord of the Rings, and Dune. As a teen I discovered films like Star Wars, Bladerunner, and The Road Warrior.

Have you ever considered what happens when you read or watch them over and over?

I can tell you what happens: to some degree, it helps train your tastes for story. I call it “fixating.”

As you hear a favorite tale over and over again, so that you relive it, the story becomes more real, a bigger part of your psyche. I’ve had readers who have re-read some of my stories dozens of times over. As one college student put it, “Back in 1991 I re-read your novel On My Way to Paradise three times, and it became one of the most important experiences of my life. It changed me. I don’t remember much at all about my classes that semester, but I remember every page of that book.”

As a teen, I re-read Lord of the Rings half a dozen times, so I know what that student means. Stories can become a part of you. In fact, they become so much a part of you, that when you begin writing your own tales, the ones that affected you as a child begin to echo in what you write.

For example, one author friend of mine, Larry Niven, wrote a popular science fiction series called Ringworld. A scholar wrote a paper on it, in which he spoke about how the author had drawn upon influences from The Wizard of Oz. Larry was astonished by this. He said, “I hadn’t drawn on that at all on the conscious level, but I had loved The Wizard of Oz as a child and must have read it a hundred times.”

If you’ve read my book Drawing on the Power of Resonance in Writing, you know that as authors, we need to be aware of the books and movies and videogames that our own readers are fixating upon.

So it becomes important to study what’s new. Did you see Disney’s Frozen, or have you re-watched Avatar lately? Most likely, your younger fans have. What cartoons have you watched, and what videogames have you played? Me, I’m afraid that I don’t do much of that anymore.

I think that often as writers age, their stories seem to age with them, become less accessible to young readers until they feel irrelevant to them. So it’s important to keep reading, to keep watching, to keep playing and studying, so that you keep learning to speak in the same language of the heart as your fans.

In other words, find the great stories of today and then work to “fix” them into your mind. Let them educate your tastes, at least a little.

—
One of my dear friends, Monique Bucheger, lost her son Ryan Bucheger last night in an accident. Monique has attended some of my writing workshops and is the author of the Ginnie West Adventure series. As a mother of nine children and a dozen or so foster children, Monique would be grateful for any donations anyone is willing to make. I have set up a GoFundMe page for those who are willing to help the family with travel costs, medical costs, funeral costs, and the cost of lost work. If nothing else, please consider sharing the page with others. www.gofundme.com/RyanBucheger 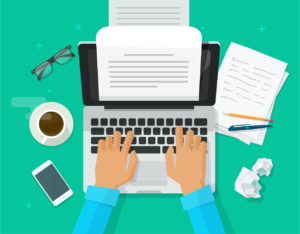