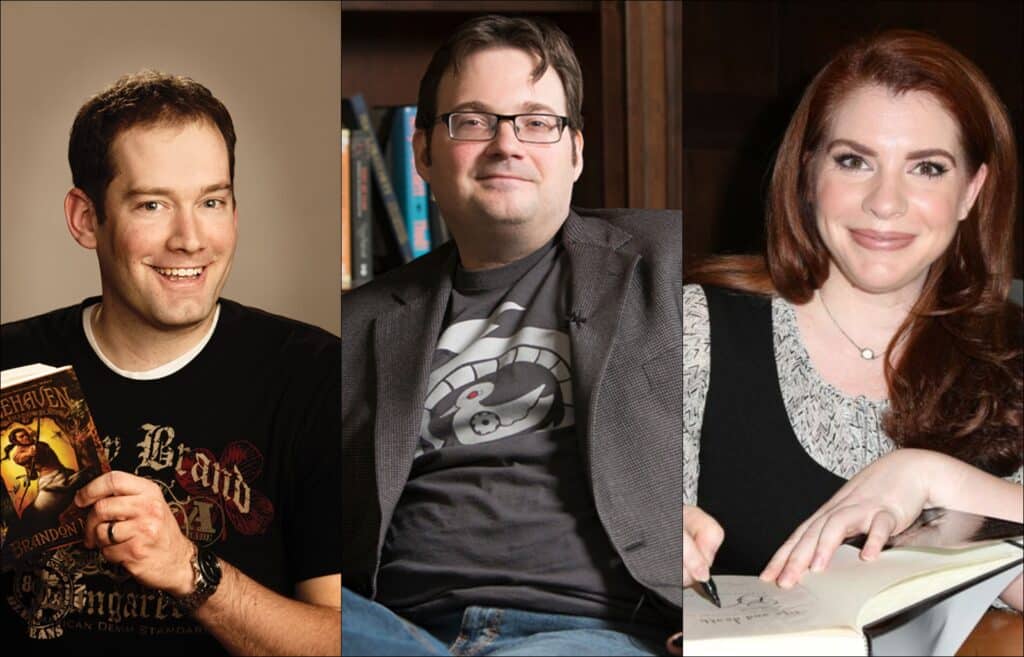 Many are under the false impression that bestselling writers simply sit down, write a book, and sell millions; others mistakenly think that great writers are “born.” In reality–as you may very well know by now–writing a professional-level story isn’t something that just “happens.” It’s a craft.

This also means it’s a skill you can learn.

If you know whom to learn from.

KUTV News spoke with several of these authors about Farland’s impact on their careers:

Who is the “Author Whisperer”?

David Farland was an award-winning, international bestselling author with over 50 novels in print. He won the Philip K. Dick Memorial Special Award for his science fiction novel On My Way to Paradise, the Whitney Award for “Best Novel of the Year” for his historical novel In the Company of Angels, and he won over seven awards—including the International Book Award and the Hollywood Book Festival, Grand Prize—for his fantasy thriller Nightingale. He is best known, however, for his New York Times bestselling fantasy series The Runelords.

Farland wrote for major franchises such as Star Wars and The Mummy. In the video game industry, he was both a designer and a scripter and was the co-leader on the design team for StarCraft: Brood War. Farland also judged L. Ron Hubbard’s Writers of the Future, the largest worldwide writing competition for new fantasy and science fiction authors, and he worked in Hollywood greenlighting movies and doctoring scripts. He also helped push Harry Potter toward success, when Scholastic asked him which of their books had the most marketing potential.

Over the past 40 years before his death, he trained dozens of internationally successful writers, including bestsellers such as:

Brandon Sanderson (Wheel of Time & The Way of Kings)
James Dashner (The Maze Runner)
Stephenie Meyer (Twilight)
Brandon Mull (Fablehaven)
Dan Wells (I am Not a Serial Killer)
And many more . . .

But what many don’t know, is that 12 of these bestselling writers took his writing class at Brigham Young University, and over 100 of those students went on to become professionals. (Brandon Sanderson, Stephenie Meyer, and Dan Wells all took his class when they were in college.)

While David passed away in January 2022, his wisdom remains with us through pre-recorded classes and live courses taught by bestselling author Rafael Hohmann–who was trained by David and handpicked by his team.

For those interested, two of those live classes will be starting this week.

Strengthen Your Stories and Your Career in 318R

The course starts September 1 and meets twice a week for 15 weeks. (If you miss a class, there will be links to the Zoom recordings and material so that you can review them at your leisure.) The thirty classes will cover a multitude of topics on creative writing and the writing business. Here are some of the sample titles:

This is a great class for those who want to learn about writing, publishing, and marketing. It will help them make a living as a writer and create professional-level stories–whether short fiction or a whole epic series. It will also improve their style by teaching them how to write stronger lines. The class will cover selling rights as well–for audiobooks, foreign rights, videogames, and film.

Compose an Epic in the Epic Novel Writing Workshop

In the Epic Novel Writing Workshop, students will be studying and brainstorming epic fantasy and science fiction novels. These are the kinds of books that win over fans and can make good money.

The course will take place on Saturdays beginning on September 3, 2022 on Zoom. Recordings will be available for any missed classes, and students will have lifetime access to all recordings.

The workshop has two phases:

Phase One: students will study the works of epic masters and discuss them:

Joseph Campbell (The Power of Myth)

Harry Potter (and Rowling’s use of emotional draws)

Phase Two: Students will begin brainstorming and there will be lessons and assignments. At this point, the class will move into smaller “brainstorming groups” so that attendees can brainstorm with others before each assignment. There will be weekly lessons on topics such as . . .

Each step of the way, attendees get feedback from their critique partners and from Rafael Hohmann.

This class is great for those who want to write bestselling epic fantasy or science fiction novels, are interested in what makes them powerful, and want to brainstorm and prepare to write their own epics.

If you would also like to learn more about David Farland, his methods, and his work, you can visit his author website at DavidFarland.com or you can join his Apex Writers Group now run by his team.

Need a writing mentor and guide? David Farland is the best-selling author of over 50 books and anthologies. Nearly 100 of Dave’s past students have gone on to become bestsellers, including twelve who have hit #1 on the New York Times Bestseller list. He has contributed to the careers of: Brandon Sanderson (Wheel of Time), Stephenie Meyer (Twilight), James Dashner (Maze Runner) and many more. The list is growing and you can be next!

The Super Writers’ Bundle will get you access to all of David’s online courses, workshops, seminars and his top 4 bestselling writing books. These normally cost more than $2,280. But with this bundle, you can get them all for a special price! Visit MyStoryDoctor.com!