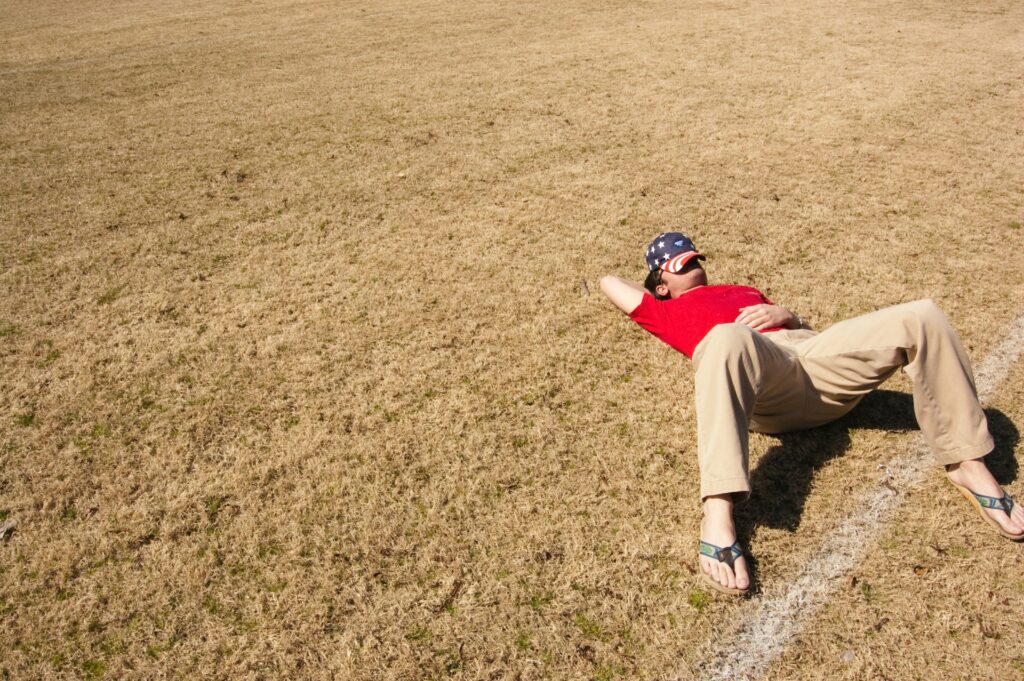 Not everyone is an innately motivated go-getter. In fact, some people want nothing more than to stretch out in a hammock with a cold beverage and watch the world go by. Others may even be considered lazy. A protagonist may have these same characteristics. They have little interest in getting anywhere else in life, and they’d rather other people solve society’s problems.

They may only act when the stakes get serious enough—when they want to avoid a big bad possibility, or when something threatens their carefree lifestyle, or when an opportunity comes along that is too good to pass up.

When this happens, they often turn into reluctant heroes.

Just because a protagonist prefers to be a passive bystander, doesn’t mean they actually are in the plot.

Protagonists Who are Passive in the Plot

Instead, he is simply a target of the next attack from the antagonistic force.

All he does is wait for the conflict to pass (or maybe for the antagonist to show some mercy).

Many beginning writers find themselves writing passive protagonists, thinking that this passivity somehow makes the character more likeable by making them more sympathetic.

In reality, the most sympathetic pains and conflicts come as a cost to getting a goal. It’s the struggle to get somewhere, despite the antagonistic forces, that is most meaningful.

We all have bad things happen to us, and it’s unfortunate.

But when someone chooses to pursue something that requires hardships as a cost . . . that pain is more meaningful.

A passive protagonist is also more difficult to get invested in.

It’s hard to care about someone who does nothing.

In contrast, it’s easy to care about someone who is struggling to do “everything.”

Is My Protagonist Too Passive in the Plot?

One quick way to answer this question is to ask and answer the following questions:

That last one may seem a little over-the-top to some people, but trust me, if you have consistent, solid scene structure, your protagonist should be making significant choices in nearly every scene.

If you want or need to make your protagonist more active, the following elements will do just that. They will ensure that the laziest, most reluctant, most passive protagonists become active, at least in the plot.

Give the Protagonist a Goal.

Goals are the first ingredient of plot, because if the character isn’t trying to accomplish anything, then what happens doesn’t really matter all that much.

Almost always, the protagonist should have a want that manifests in a concrete goal. But the goal needn’t be huge and aspirational. It just needs to be significant and attainable. A goal such as drinking water can feel important if the character is at risk of dying from dehydration. A want or goal that isn’t attainable—that the character can’t take action to get—is little better than having no goal.

It should be a goal that the character can make and carry out plans for. Otherwise, it’s really just a wish.

At the most basic level, there are just three types of goals.

And if you pick the last one, something has to disrupt the maintaining for there to be a story (at which point, the character then tries to return things to “normal”).

If you are struggling with a passive protagonist, there is a good chance that the stakes aren’t big enough yet. Almost anyone will take action when the potential consequences get serious enough. A self-absorbed protagonist may not stick his neck out to save his neighbor from bandits, but if the bandits were threatening his life, he’d take action and carry out a plan.

If the stakes are already significant and the character still isn’t acting, chances are that you have the wrong stakes. You need to think about what matters to the character. What can you offer her that will get her to act? What can you threaten to take away?

Passive protagonists often aren’t exercising their agency. Active protagonists are. Once there is a goal, with stakes, the story should put pressure on the protagonist to make important choices about how to move forward. Often the character will be pushed into a crisis. A crisis is where the character has to decide between two opposing paths, and the decision is difficult because each option has significant stakes.

For example, say the character’s goal is to find a cure for her best friend’s fatal illness. She takes action by visiting a prior enemy who knows where the cure is. The enemy says he can get her the cure, if she swears herself to him. Our character is now in a crisis. Get the cure to save her friend, and be a slave to her enemy? Or don’t get the cure and have her best friend die?

What our character chooses will change the direction of the story, and lead to important outcomes in the plot. This means she’s influencing what’s happening.

Whoever your protagonist is, makes sure they are active in the story by implementing these elements.

Sometimes September C. Fawkes scares people with her enthusiasm for writing and storytelling. She has worked in the fiction-writing industry for over ten years and has edited for both award-winning and best-selling authors, as well as beginning writers. She runs a writing tip blog at SeptemberCFawkes.com and will be teaching an upcoming class, The Triarchy Method of Story. When not editing and instructing, she’s penning her own stories. Some may say she needs to get a social life. It’d be easier if her fictional one wasn’t so interesting.

This Week on Apex

Description:
Strategy meeting tonight will be informal. A post-holiday celebration but bring your thinking caps and what your goals are. We’ll be strategizing in the new year!

Things to think about: What are you wanting to achieve in 2023? What tools do you need to help you on your way?

Description:
Each week in Accelerator calls, Forrest Wolverton uses NLP and other tools for the mind to motivate and help you get past the obstacles in the way of your writing. He will help you become the best writer you can be. The apple doesn’t fall far from the tree. Listening to Forrest is a little bit like listening to Dave.

Apex is one of the few writing groups with our own world-class and expert motivational speaker!

To join any of Apex’s calls, simply sign up at apex-writers.com; once you become a member, click on “Upcoming Events” for the call links.